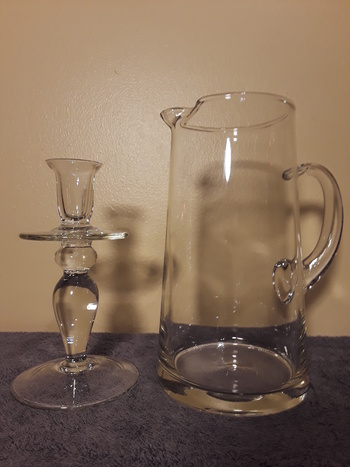 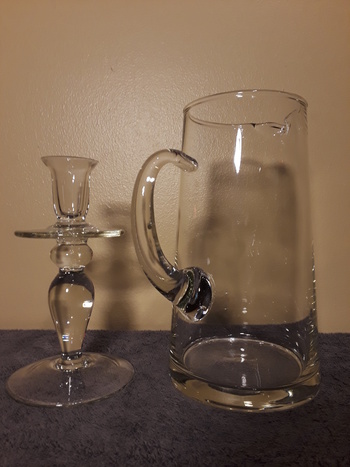 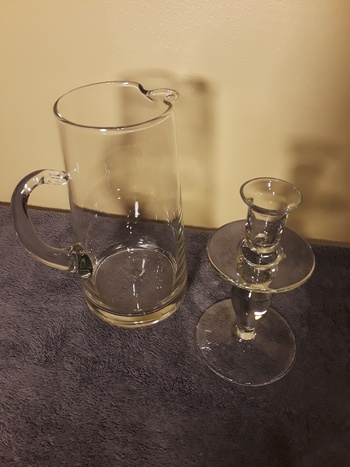 Both plain clear glass without any markings whatsoever, thus also no idea whatsoever who might have made either one or when. STILL, for only a little over a buck a piece, I had to bring 'em home...? ;-) :-)

The candlestick stands about 7-1/4" tall on a 4" base, and the top edge of its candle cup is ground flat.

The slightly tapered pitcher is about 5" across its base and 4" across its top, the spout adds 1/4" to that. It is 9" tall, and features a handle which is only attached at its bottom, having been curved around to leave its other rounded-off end just touching (but not really actually fastened to) its side.

I'm under no particular impression that either one is terribly special in any way -- I just thought they were both kinda pretty, and that they would make nice additions to my other groups of candleholders and pitchers, respectively...? :-)