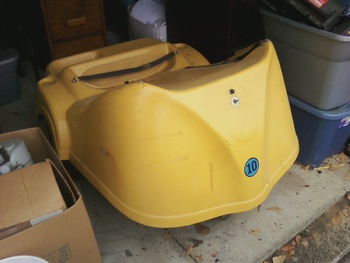 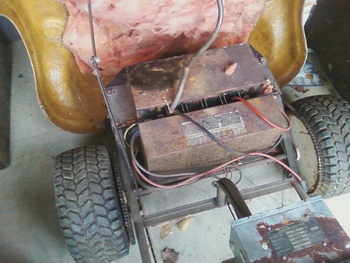 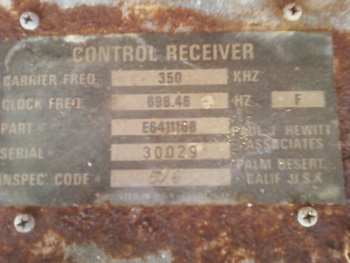 This is a very rare golf cart called and "electro caddy". It weighs about 150lbs and is made of fiberglass. It has 2 wheels in the back and 1 in the front and stays 6 feet behind you where ever you go. I got it from and uncle in the early 80's near Pittsburgh PA. He and my father were distributors for the company that produced them when I was younger. I used to go around with my father to different golf courses as he tried to sell them. They did not sell very well due to the fact that golf courses made a lot of money off the regular carts and did not want anyone to bring their own. My uncle had 17 of them and gave most of them away before he passed to workers he employed at a machine shop near Pittsburgh. I have never seen a picture of one on the internet and can find no reference to the. I have found info about the individual who invented this cart. Only about 1,000 were produced before the company went out of business. I have been told that at the main Club Car plant in Evans Georgia near where I live that there is a picture of one a wall dedicated to the history of golf carts. I would be interested in hearing from others who have one or have seen one. I am possible looking to donate to a golf museum if they are willing to keep it or restore it. steelerbud1@yahoo.com