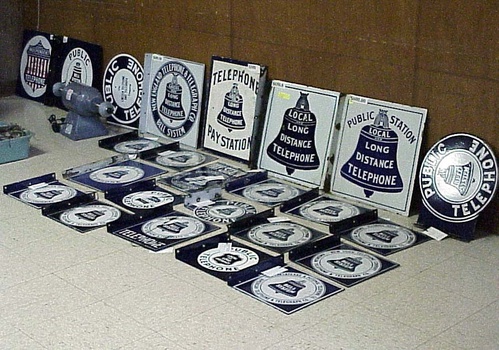 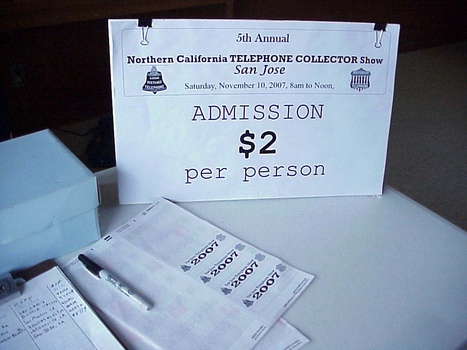 I believe these were Ekkehart Willms' porcelain signs at the 2007 Telephone Collectors Int'l Northern Cal. show, organized by Gary Godd and Hal Belden. Some double sided and flanged, some single sided, some from the 1920s and some earlier.

Mostly California signs (Pacific Tel.), but some from elsewhere. Also note the buffer in the photo - a true sign of someone who really works on phones!