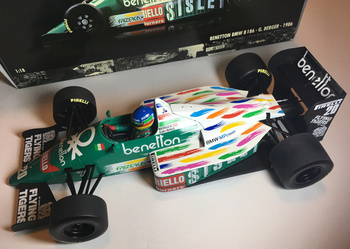 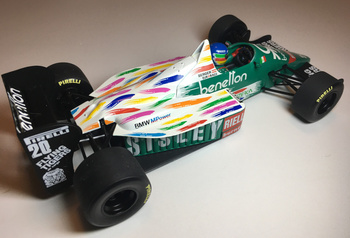 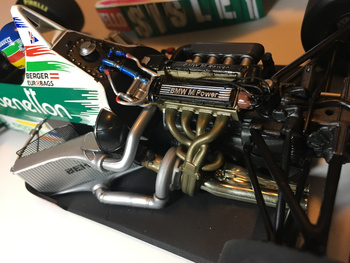 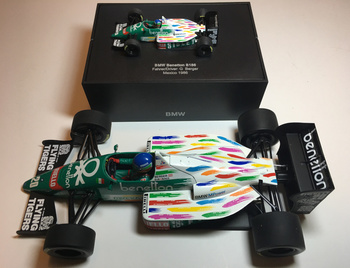 Minichamps Benetton B186 as driven by Gerhard Berger in 1986 (1/18 scale, released in 2001). Berger won his first Formula 1 race, and Benetton’s first race as a constructor, with this car at the Mexico Grand Prix in 1986. This model features a removable engine cover to expose the car’s 1.5 liter turbo engine that produced about 1,400 hp, one of F1’s most powerful engines ever. Bonus pic, the model is shown with the 1/43 scale version of the same car, also by Minichamps (2001) on a special BMW dealer plinth. 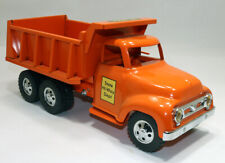 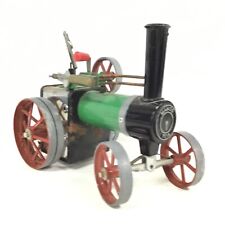 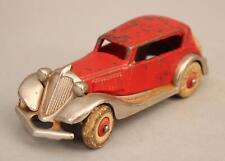