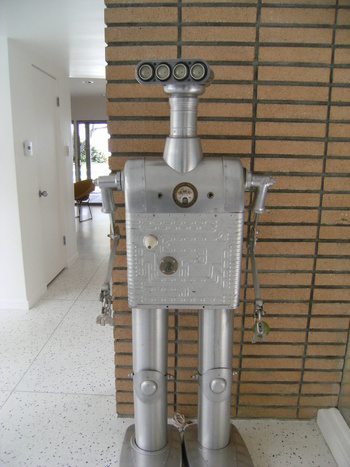 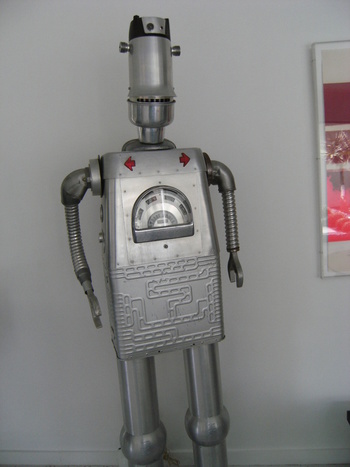 Clayton Bailey makes robots out of found objects, and you can see two of his pieces here.

The first one actually plugs in! Inside it has an old timer buzzer from a dryer, and, if you turn the robot on, the buzzer goes off while the eyes flash. In its chest is a "Bad/Good/Bad" meter from an old carnival game (it always reads "Bad" when you turn it on, but maybe that's just me!). Its hands are made out of bicycle brakes, and its head is made out of a hot-rod intake. I always thought of this robot as the girl and the other as the guy, maybe just because this one is shorter.

The second robot has a coffee pot for its head, part of a fridge for its lower torso, and lots of other cool parts. If you turn the little knob under the car dashboard meters in his chest, the blinkers light up, as do some lights inside his head.