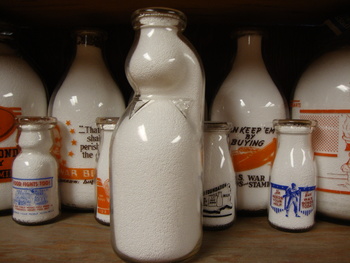 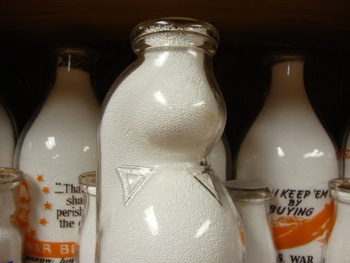 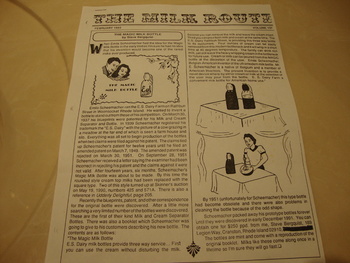 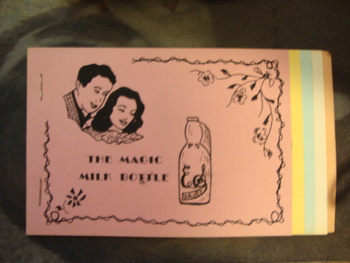 Pictured here is an unusual shaped quart milk bottle called "THE MAGIC MILK BOTTLE". After a long day, I came home to find in my mailbox this rare & unusual milk bottle that a friend had given me. This bottle was invented by Emile Scheemacher who ran E.S. Dairy in Woonsocket Rhode Island. An article was written regarding the history of this bottle by my friend & appeared in THE MILK ROUTE publication February 1992. These prototype bottles were packed away by the inventor until discovered in September 1991. This bottle will always have a special spot on my shelf...never to be traded.

Collecting milk bottles is about "the thrill of the hunt" and equally important about "the friends you meet".