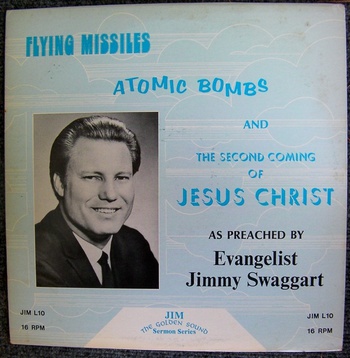 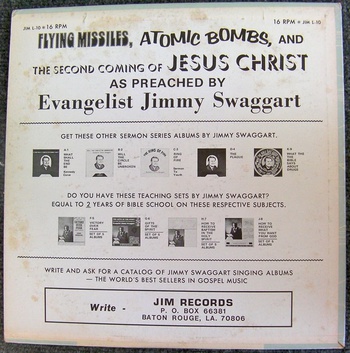 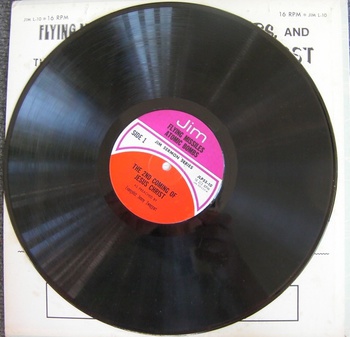 This apocalyptic LP from televangelist Jimmy Swaggart was released sometime in the 1970s. It's on Jim Records, which I'm guessing was the equivalent of Apple for the fire and brimstone set. As I was posting it, I noticed that it was 16 rpm instead of 33 rpm, which is not a speed I ever recall having on a turntable, though I believe it was an option on some players in the '60s. Sixteen rpm was probably used primarily for spoken-word recordings. Does anyone have a turntable with 16 rpm?