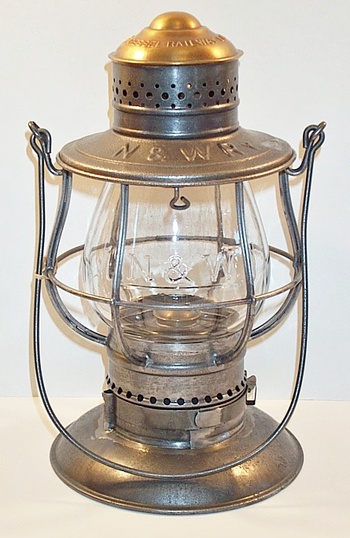 Norfolk & Western Railway brass top, bellbottom railroad lantern made by the C.T. Ham Manufacturing Co., of Rochester, NY, in the mid 1890's, but private-labeled for the Dressel Railway Lamp Works of New York. The lantern is prominently marked N&W Ry. The brass top is embossed with "The Dressel Railway Lamp Works New York", and the bayonet base collar is stamped "CT Ham Mfg Co." The clear, extended base globe is embossed N&W. Little is known about the private-labeling arrangement that Dressel had with the C.T. Ham Mfg. Co., but examples in various configurations occasionally surface. C.T. Ham was known to have private labeled for several other companies including Dressel, Porter, and The Roberts Safety Lantern Mfg. Co., and perhaps others yet undiscovered. The arrangement with Dressel was likely formed to enable Dressel to offer more extensive product line to their RR customers. Dressel is known for their black lamp (switch stand, tail marker, and semaphore lamp) products which date into the 1880's, but they apparently did not make their own hand lanterns until about 1915, apparently preferring to purchase from CTH to broaden their offering. 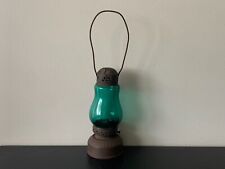 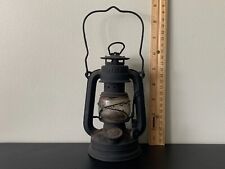 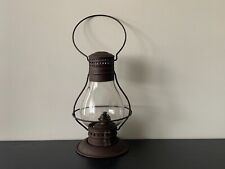 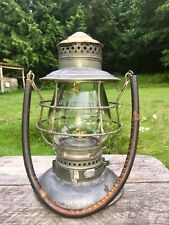