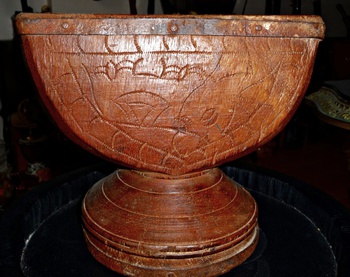 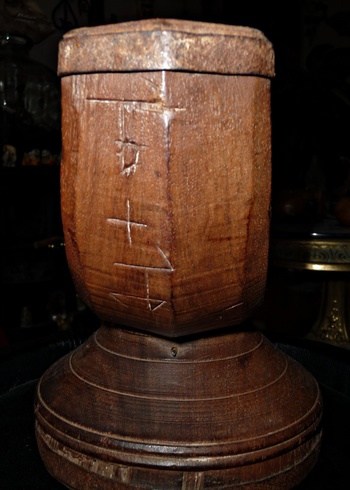 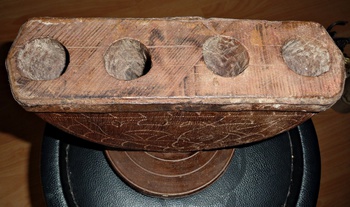 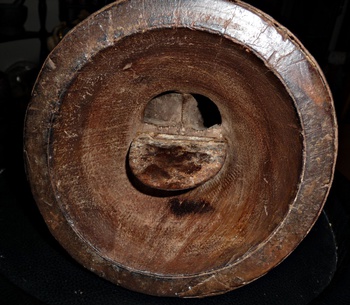 i really hope that someone can help me identify this very unusual item.
i have had this for about two years and have tried and tried to research and find something similar but with no success.
i bought this from a carboot, the stall holder does house clearences and all that he could tell me was that it came from an old gentlemans house who had passed on.

it is carved from one solid piece of wood, it has some strange lettering on the side, four holes hand carved right through the object which emerge underneath where there is a metal flap, there was once a handle on the side which operated the flap so that two of the holes could be closed off leaving the other two open. the holes have been very carefully cared so that holes 1 and 3 meet on one side of the flap and holes 2 and 4 on the other side.
it has some lovely patina and wear but as to its original use i haven't a clue, from a distance it looks like its for holding candles, its not untill you pick it up and see the underneath that you realise it isn't. i think the image carved on the front is of a dolphin and whales tale but i could be wrong, it is also quite a heavy object and looks like it would of stood on something else.

any help or ideas would be very gratefully recieved.
thanks ian