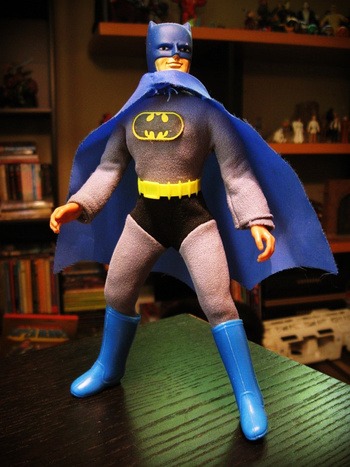 I first bought this figure on a snowy December night in 1977 at a Woolworth in Adrian, Michigan, along with his faithful sidekick, Robin, with the $5 bill that I received for my birthday from my grandparents that year.

I had just turned 5 years old but was already a veteran viewer of the Batman TV series. I had already decided by then that this Caped Crusader was going to be my all time favorite hero, so finding this toy on those Woolworth pegs was the beginning of a life-long lust for Bat-collectibles.

And, let's be honest here... those boots are awesome.