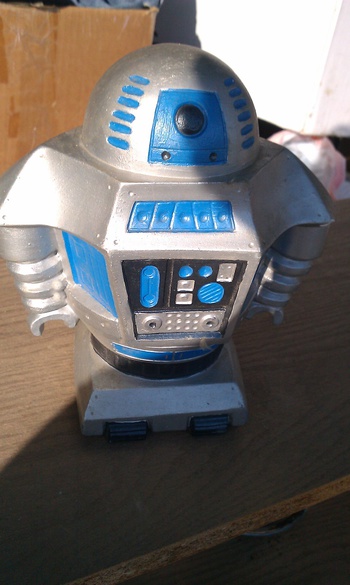 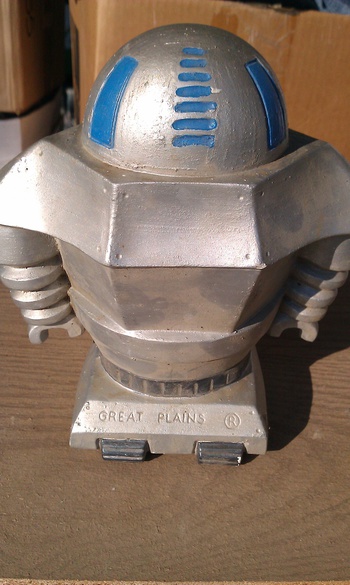 Found this strange R2D2 like figure in my older sister's basement while cleaning out her house (long story behind that). There really isn't any information on it other than "Great Plains" with a circled R on the back of the base. I believe that it was most likely a paint by number type ceramic kit, most likely from the late 70s early 80s in an attempt to get in on the Star Wars merchandizing....but not entirely sure about that theory.

I say that it's R2D2 like, because that's what it reminds me, however it's much boxier, as R2 D2 was round and more trashcan like than this guy. Also, it's silver, blue and black, not white. It's about 8" tall.

Anyone out there have more info? I would love to know if a.) I can sell it and b.) what price range I can possibly set it in.

Gaiking Shogun Warrior Jumbo made i...
$143
See all