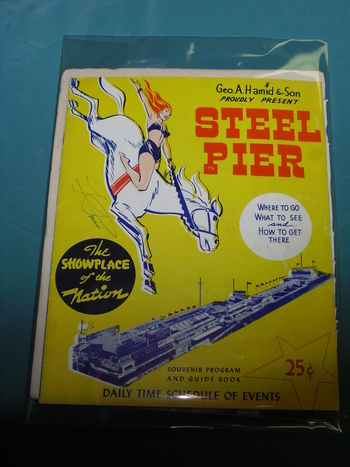 I remember, as a child, we would go to Atlantic City and go to steel pier. One of its attractions was the diving horse. This would be late 50s or early 60s. I picked up this vintage phamplet at a flea.
Below is more history.

William "Doc" Carver "invented" the idea of horse diving exhibitions. Allegedly, in 1881 Carver was crossing a bridge over Platte River (Nebraska) which partially collapsed. His horse fell/dived into the waters below, inspiring Carver to develop the diving horse act. Carver trained various animals and went on tour. His son, Al Carver constructed the ramp and tower and his daughter Lorena Carver was the first rider. Sonora Webster Carver, William "Doc" Carver's daughter-in-law, joined the show in 1924. The show became a permanent fixture at Atlantic City's very popular venue, Steel Pier. There, Doc Carver's daughters and daughter-in-law continued the show following his death.

In 1931, Sonora Webster Carver and her horse "Red Lips" lost their balance on the platform. Sonora survived the fall, but was blinded (caused by detached retinas in both eyes). She continued horse-diving while blind. In 1991, Disney released a film titled Wild Hearts Can’t Be Broken based on Webster's life and her memoir A Girl and Five Brave Horses. 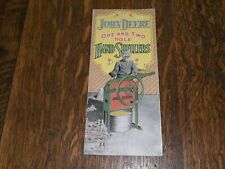 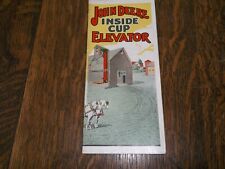 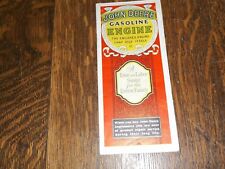