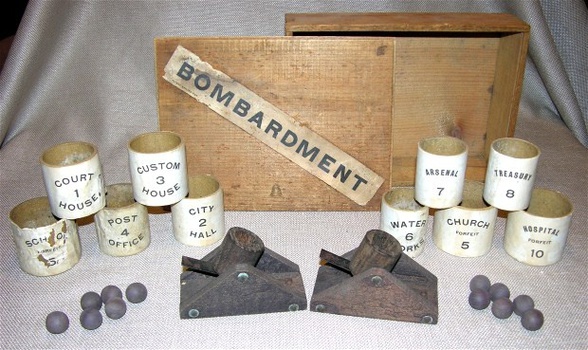 I am researching a Civil War era game, Circa 1881, called “Bombardment”. It consists of two small wooden, spring clip cannons, several wooden balls and labeled cardboard tubes as targets for scoring. On the targets is” N & C co. Wellesley, Mass”. Containment box is wood, similar to a cigar box. Can anyone tell me anything about this game, or suggest a contact?

Update! I just learned that Wellesley, MA wasn't incorporated as a town until 1881. I'm not certain if the game was made before 1881 or not.