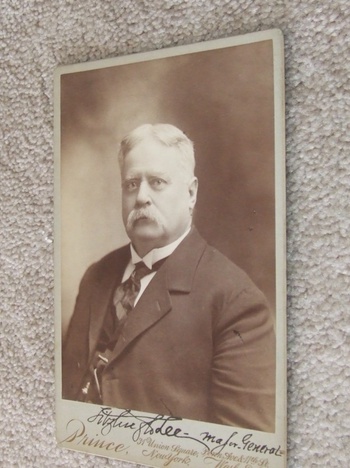 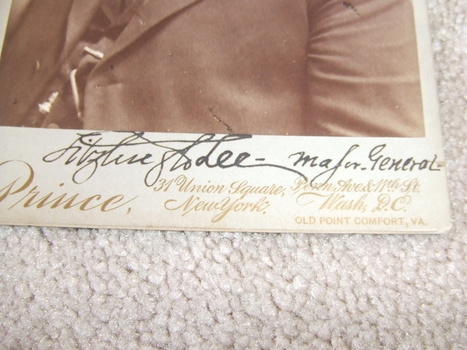 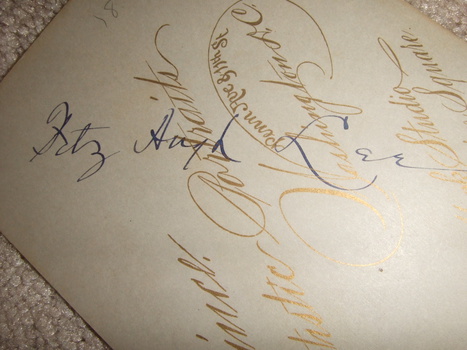 This cabinet card dates from about 1900 and depicts Lee in civilian clothes.

The autograph matches known signatures. Additionally, the signing near the edge of the photo caused the top of some letters to appear slightly straight following the edge of the mounted image (second "h" in Fitzhugh and "L" in Lee) further supporting it is a signature and not a print applied facsimile.

I find it fascinating to hold something that was actually held by such an historic figure.

Fitzhugh Lee (nephew of Robert E. Lee) was a West Point graduate and a Confederate Major General of Cavalry during the Civil War.

During the post war years he became governor of Virginia and later the appointed consul general to Havanna in 1896.

At the outbreak of war in 1898, he was appointed a Major General of Volunteers and put in charge of VII Corps. Because the war ended so rapidly, Lee's Corps was not sent to the fight, but Lee was part of the occupation (post 1898).

In 1901, Lee officialy retired from the US Army with the rank of BG.