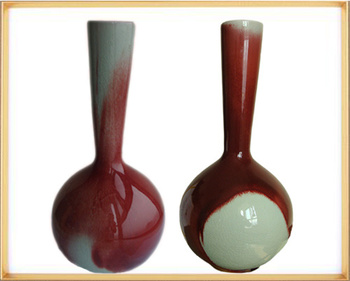 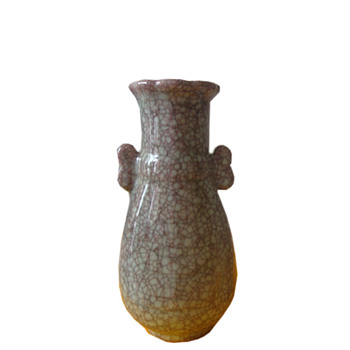 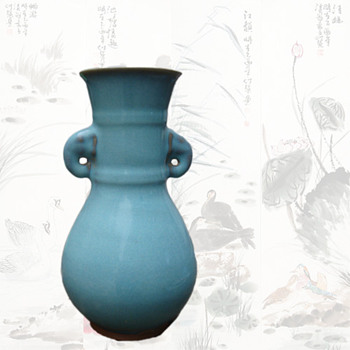 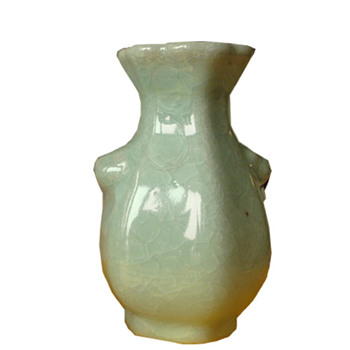 Jun porcelain, made in Yuzhou which is also called Jundu, namely the “capital of Jun porcelains”, is one of five top porcelains of China, famous for its amazing change of color during the process of firing in kilns. Beginning in the Tang Dynasty and thriving in the Song Dynasty, it experienced a long history of over 1700 years, covering Yuan, Ming and Qing Dynasty till nowadays, during which its glorious beauty has always been cherished, especially since the Song Dynasty when Jun porcelains were possessed exclusively by the royal family as rare curios, the collection of which by civilians was prohibited, thus the saying had it that “Gold is of high price while Jun porcelain is priceless”.
The most amazing character of Jun porcelain lies in the color change during the firing in Kiln. With the same glaze, Jun porcelains turned out to be colorful after firing, just as the saying put it this way “Plainly concolorous when put in and colorful in the extreme when taken out”. The effects of the “Color Change” can never be well described until one goes to watch it with his or her own eyes. Observing from different angles or under diverse lights brings about various esthetic pleasures. Highly praised as “the treasure with endless changes and inexhaustible artistic conceptions”, “Being unique for each piece in the world”, Jun porcelains are of the highest value of collection.