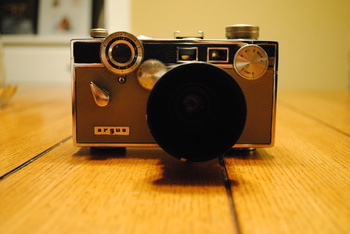 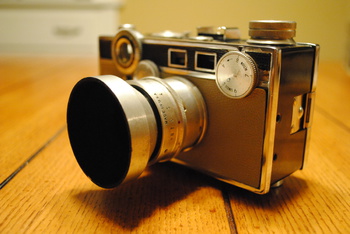 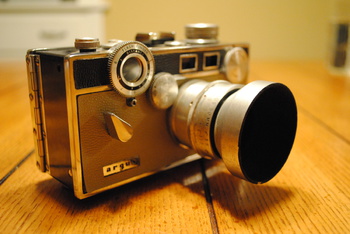 Argus was founded in Ann Arbor, MI and their cameras were in production from 1936 to 1969. My research has led to the conclusion that this is an Argus Matchmatic. The serial number, 1829340279 (the fourth digit indicating the fourth digit of the production year), is that of one produced in 1959. This is the same year that the company went from being an autonomous company and became a part of the Sylvania company.