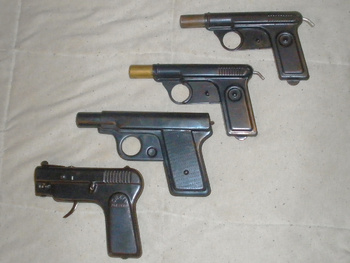 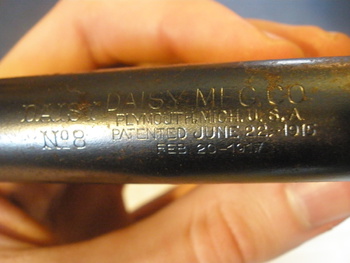 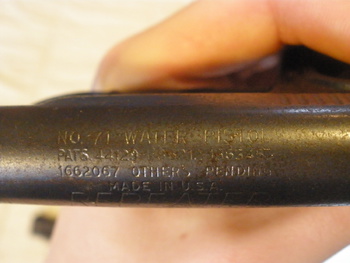 Daisy water pistols from teens and 20s (maybe 30s?). The beautiful blued one in the middle is a #8 with the newest patent date being 1917. The two above it are #71, each with different stampings (but say the generally the same thing). The one on the bottom is made by Chein, no idea when it was made but still neat. It has a mechanism that strikes a flint when the trigger is pulled, I had to put a new one in so it works like a charm.

Revolvers aren't my thing, "automatics" of this era are what really interest me. Something about how the changing/new technology is reflected in the way playthings are represented if fascinating. The turn of the century brought so many new things (cars, aircraft, automatic weapons, TANKS :D, etc), catching glimpses of those changes in how we play is something that is very cool to me. Sometimes you get a very accurate representation of the new technology, other times you get a really fun caricature of it. All in the fun of the hobby I suppose.