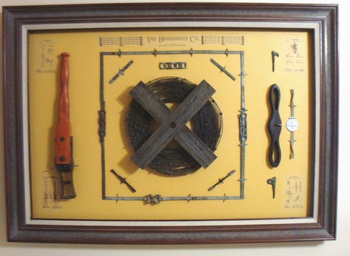 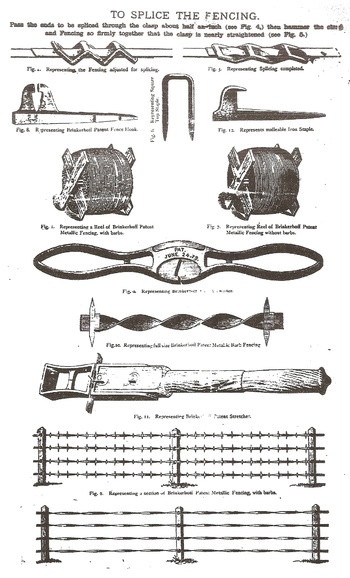 Jacob & Warren M. Brinkerhoff of Auburn, New York were issued several patents beginning in 1879 for barbed fence, staples, and fence tools. The cast staples and the wire stretcher (the handle is not original) were designed specifically for their barbed metal strips. The tool on the right of the frame is a facsimile wood carving of their wire twisting tool. The photo on the right is an original tool viewed at a Show in Minden, Nebraska.

In the corners are patent drawings for 4 of their patents. The "belt buckle splice" shown is a modification of a cotton bale tie patented March 2, 1858 by Frederick Cook . The "butterfly splice" was patented September 4, 1883 by John D. Curtis. The Washburn & Moen Company probably owned both patents. The spliced wires on the left and bottom are unusual as they have rivited splices as well.

The Brinkerhoff wire manufactured by the Washburn & Moen Company, Worcester, Massachussetts was used almost exclusively on 6000 miles of fence surrounding pastures on the XIT ranch in the Texas panhandle.

The top wire in this display has the letters X-I-T stamped on the barbs and repeated. 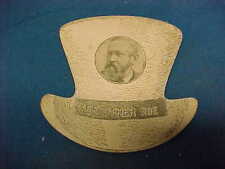 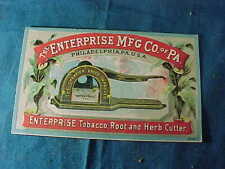 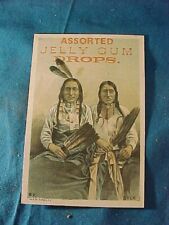 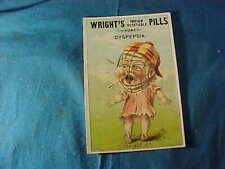