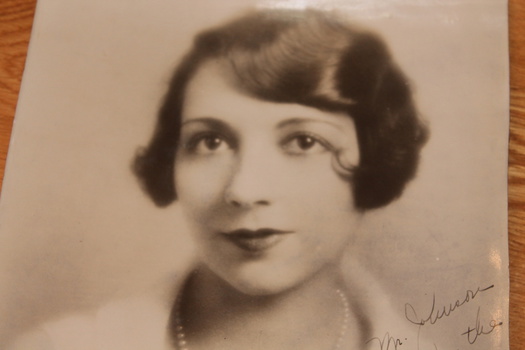 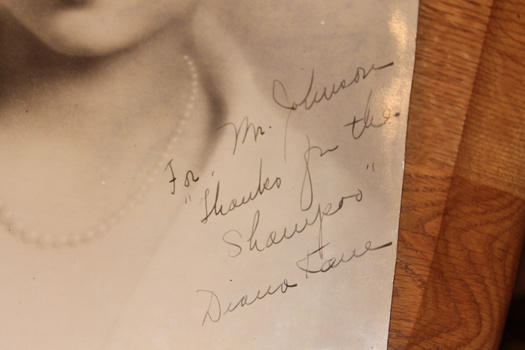 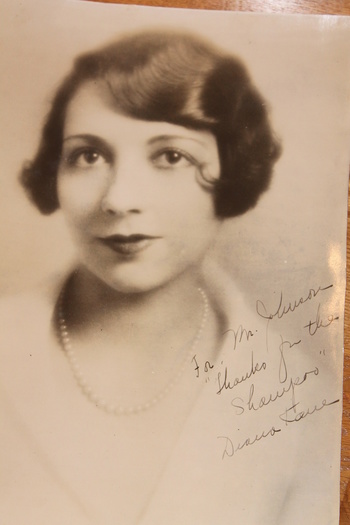 this is a extremely rare Diana Kane photograph with a real signature and saying to a Mr Johnson telling him thanks for the shampoo signed Diana Kane !!! .....Mr Johnson would be Johnson and Johnson wow .. i found this photo behind a print of Cyrus E dallin and honestly could not believe it was there .....i pulled the nails out the back of the picture frame and there she was preserved so well kept take a look and let me know what you think .........diana kane was a actress from the silent era ,her sister lionel wilson played along side charlie Chaplin and other big names !!