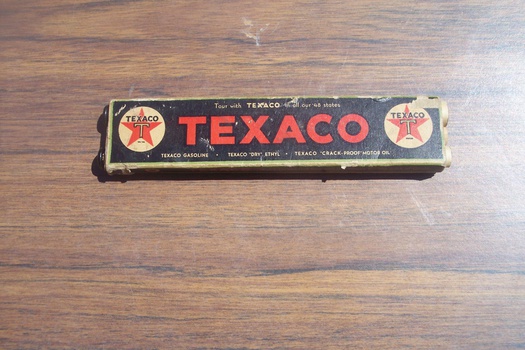 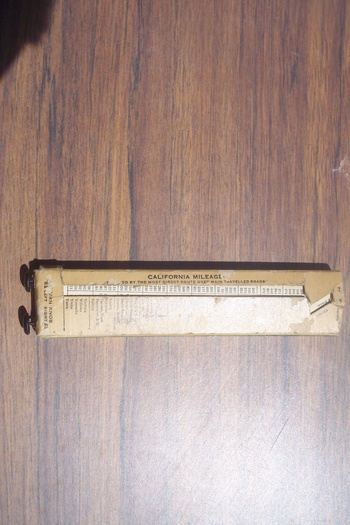 The front reads "Tour with TEXACO in all our 48 states at the top. TEXACO GASOLINE * TEXACO * "DRY" ETHYL * TEXACO "CRACK-PROOF MOTOR OIL on the bottom. The middle has 2 TEXACO Stars surronding TEXACO.

The bottom has 2 black knobs for moving the scroll.

The back reads: CALIFORNIA MILEAGE BY THE MOST DIRECT ROUTE OVER MAIN TRAVELLED ROADS. (The miles were calculated before the Interstate Highway System was built, so the miles are inaccurate. San Francisco to Sacramento was 96 miles.)
There is a slot for the big cities and a list of smaller cities under the slot. See the second picture. Way cool. Does anyone know the age of this Texaco California Mileage Scroll. 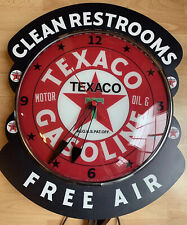 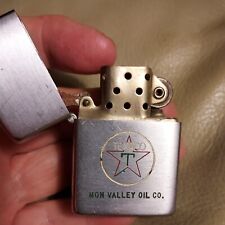 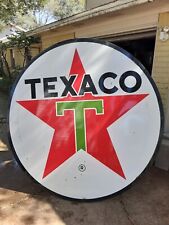 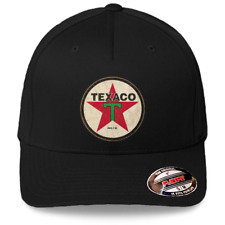