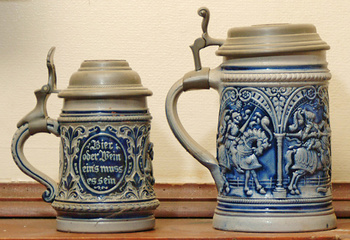 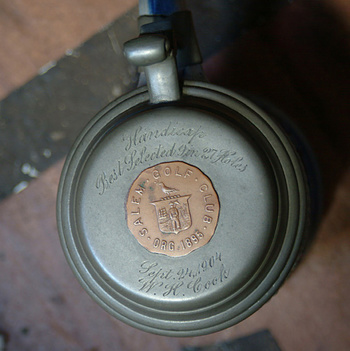 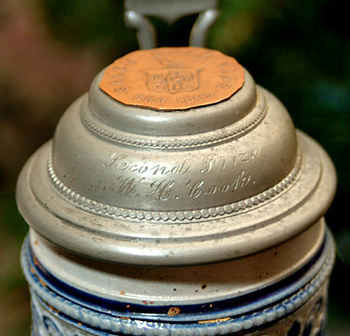 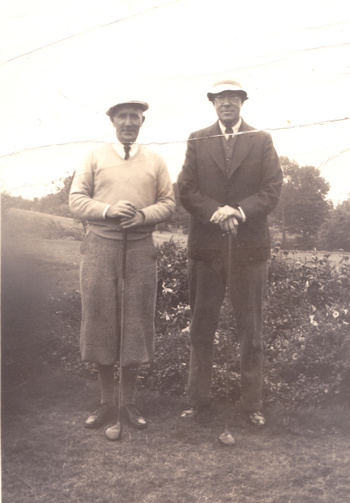 These 2 golf prizes from the Famous Salem Golf Course, the original one from 1895-1920s, then rebuilt 1926 site of many US Open tournaments
Both are from my Wif'es G,Grandfather who was member for over 20 years there. He worked for Wright & Diston in Boston for 30 years and meet Francis Ouimet and many other famous golfers who used George Wrights famous clubs.
Both are from 1904 small one is marked Salem Golf Club org 1895 Scotch Foursome 1904 , second prize W.H.Cook
The larger 1 is marked as Salem Golf Club org 1895 Handicap Best Selected on 27 holes Sept 24, 1904 W.H.Cook
He is the taller player to right unmarked photo , don t know of the other player, look like later than 1904, he was born 1873. 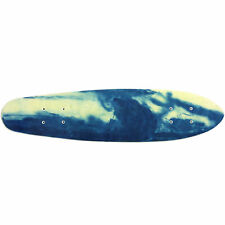