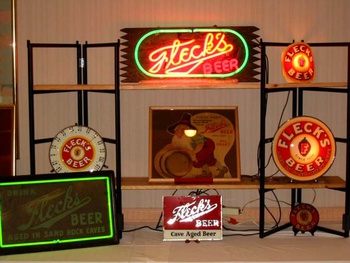 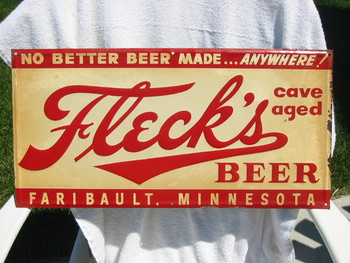 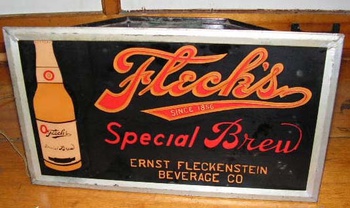 Little Fleck's Brewing managed to stay in business until 1964 in Faribault,Minnesota, which is about 45 minutes south of the Twin Cities.

The Fleckenstein Brewery started in about 1577 in a small town in Germany.Gottfried Fleckenstein was brewing in the basement of the Fleckenstein castle and learning a family long tradition that he would pass on to his son's.

In 1856 decendants, Gottfried and Ernst Fleckenstein arrived in Faribault and discovered the sand-rock bluffs along the Straight River where they dig huge, teperature controlled tunnels and used these caves to age their beers.Their legacy started in Faribault and the Fleckenstein Brewery began, brewing and bottling their brands of beer and sodas.(during prohibition)