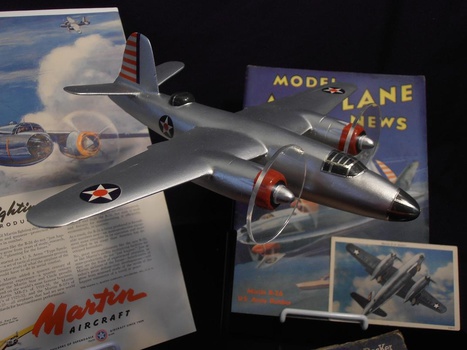 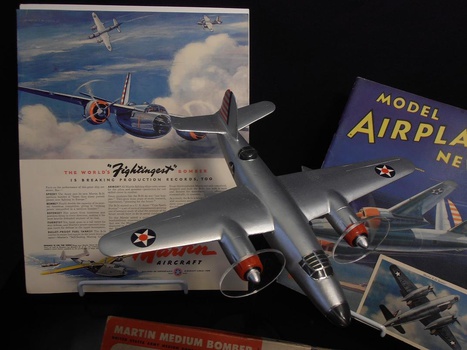 This a a B-26C Marauder Recognition Model that was from an all wood kit manufactured by Strombecker Corporation in 1942. This model had a very interesting history in that it was originally on display at the then new Martin Aircraft Plant in Omaha, NE. It was in a display case in the reception area when the plant opened in 1942 building the B-26C. After the war's end it was passed through a few owners and families to end it days being damaged, discarded and thankfully found and sold in a garage sale in 2005. I picked it up through some friends and after doing my sluething, desided to rebuild, refinish and overhaul it to appear as it did in that glass case in 1942. The period magazines all show versions of this prototype B-26C and were also in that display case as well. This display now resides in a private museum in Arkansas. Enjoy,