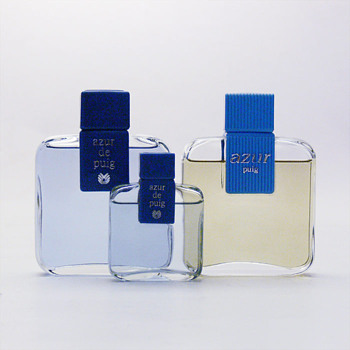 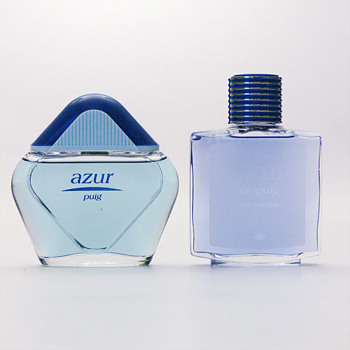 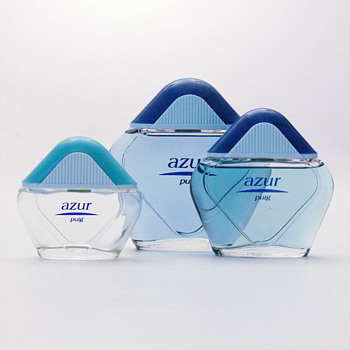 This is a very interesting history of redesigning.

In the same year Puig launched VERTE to the market, it used the same bottle, using blue plastic, for a classic of their company: Azur (azur is the Spanish name given to blue in heraldry, hence the blue colour thoroughly used on it: even the liquid is tinted blue!).

A few years later there was a very simple redesign which consisted in adding stripes to the plastic parts in the bottle and changing its colour.

In 1991 there came a more radical redesign, but looking at it one realizes Ricard just turned the bottle 45 degrees. He kept both the colour scheme and the stripes.

In the 2000s a new redesign arrived, and this time it couldn't be simpler: a square bottle with a blue stripped cap. There's no ink pressed on the bottle, just some empty lettering on the translucent glass.

Nowadays this eau de colgne is still in productuon, but here is a new redesign that wasn't made by Ricard. One can see it now with a quite generic bottle much in the trend around 2005... one of those bottles that say really nothing (ok, I admit it, I am not being impartial about it LOL).