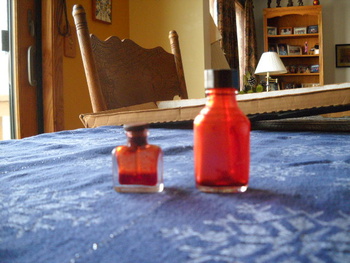 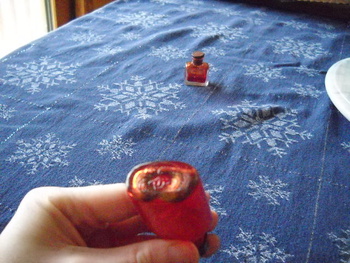 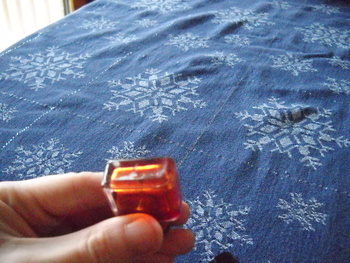 Two small medicine bottles probably containing either merthiolate or mercurochrome. These were found up at my grandparents cabin when they bought it. It had previously been part of a logging camp early in the 20th century. The larger of the two (picture 2) has a stamp on the bottom. It looks to be a "J" or an "I" in a circle. The circle seems to have triangle "wings on either side. On one side of the circle is a "7" and on the other side is a "0". Underneath the circle is a "9". The entire bottom has a stipled texture. The top is a plastic octagonal screw on lid with a glass dropper attached inside. The smaller of the two has what appears to be an "S" in a circle on the bottom...most of it is not there, and a "3" under that. (picture 3) The top to this bottle is a rubber stopper, again with a glass dropper attached. There is still some liquid inside. No labels. Just wondering what these are, who made them and when, and for sure what the substance is/was.