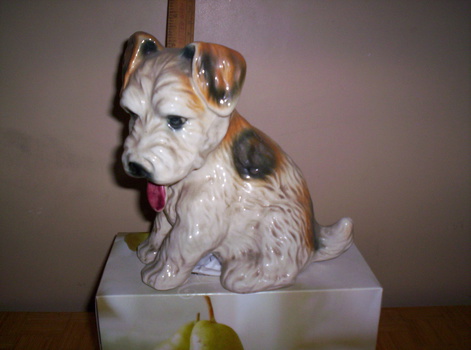 50's or so dog figurine similar to Marabelle's won as a prize at a show or fair these ones were mass produced and given out in their thousands. I thought it may have been plaster but on closer inspection not too sure now. no markings at all on it. this one has had it 's right front leg broken off it and glued back on other wise it has no other damage to it. there were a lot more at the parents old house but no telling where they are now.