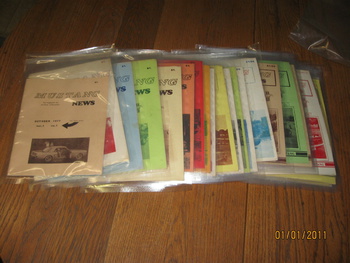 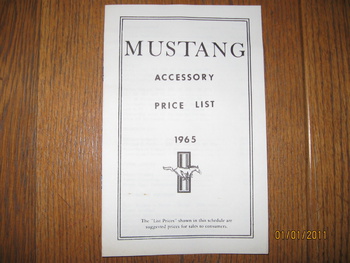 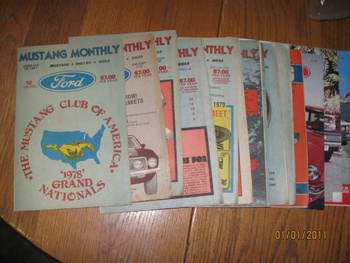 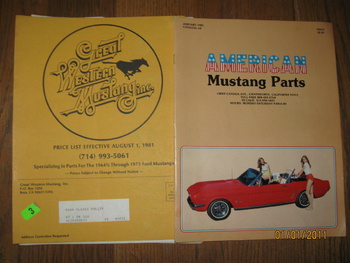 About 13 years ago i bought a 1965 Mustang coupe. I was the 3rd owner and the 2nd owner told me about how they got the car , the 1st owners's name who lived in Alexandria, In. the same town that she lived in and that the 1st owner bought it new in Indianapolis, In. The 2nd owners dad bought the car for her and she drove it to college in 78-79 and then she got married and the dad held onto and stored the car. He passed away and she and her husband drove the car from her mothers house in Alezandria, IN. about 4 miles to their house and parked it in the garage where it sat for 19 years not driven. They both work for General Motors and said they were not that interested in ford and that is why they decided to sell it 19 years later. I bought the car and took it home to Anderson, In. approximately 8 miles away in the next town and in no time had it running like a new car. It did not appear tampered with besides general maintenance. The car had 3 owners all living within a 15 mile radius. Several years ago when I purchased the car I also got several boxes of magazines and literature. I have Mustang Times from July 1979 Vol. 3 no. 7 thru Jan 1981 Vol. 5 no. 8, Mustang News Magazine Oct 1977 Vol. 1 no. 1 thru Feb 1980 Vol. 3 no. 5, Mustang Monthly Magazine from Aug 1978 Vol. 1 no. 7 thru Jan 1982 Vol. 4 no. 12 plus june 1982 Vol. 5 no. 12. I also have a 1965 Mustang accessory price list for ordering a car, 1976 Chilton Mustang 1965-73, Hot Rod Magazine Mustang No. 1 1980 and No. 2 1981, The original obsolete ford parts catalog no. 79 1/2F Apr 1979, Fall 1979 Glaziers Mustang Barn parts catalog, 1980 Mustang Supply Catalog, American Mustang Parts catalog #2 Jan 1981, Great Western Mustang Inc, parts catalog Aug 1981, Mustang Club of America "Roster of members" booklet 1979, 80 and 81-82 as 1 booklet, From the editors of Mustang Monthly magazine "how to restore your mustang" step by step Feb 1981, Editors of consumer guide hardback "mustang-the car that strted the pony stampede, Hot rod magazine "mustang no. 1 1980 and Mustang no.2 1981, car exchange magazine/ford mustang special vol.3 no. 2 feb 1981, a 1979 Ford Mustang issue 7/1978 dealership order, spec and option catalog, 2 blank ford window sticker price sheets dated mon and yr 1964, Mustang does it "an illustrtaed history" the frod road series 1978, a stamped envelope addressed to the 1st owner from the mustang club of america with all the information for joining the club and a stamped car for the previous year payment for membership, and several blank order forms from mustang supply and glaziers mustang barn and parts price guides from circle center mustangs.

I sold the car a year ago because I am building a new home. I would have let the magazines and literature go but the person that bought the car didnt seem interested in purchasing them and also didnt seem the type to take care of them and I am into old and vintage things and didnt want them to just go to anyone. I have researched for some time the history of the magazines and other literature and even had them insured along with the car at one time. I havent decided exactly what I am going to do with them at this point but would like to know anything you can offer about any of these items. I am also interested in a value for insurance if they have a value worth doing so.

thank you in advance for your help,