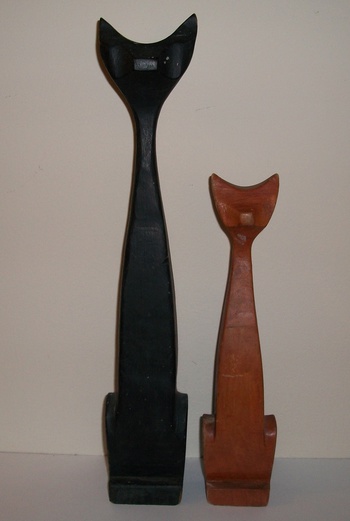 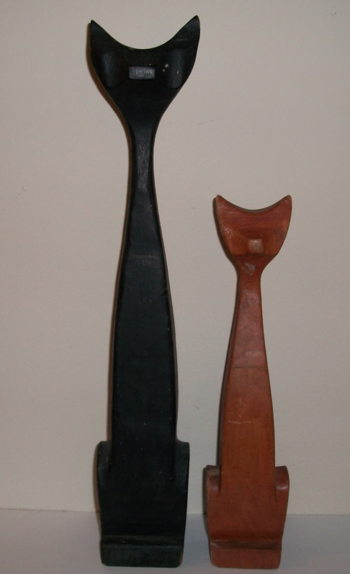 Retro Modern Mid Century meets a whittler or amateur woodworker in this pair of folk art cats. Hilarious. The form is as familiar as an Eames chair, but these folky felines were apparently made in the basement. Abstracted American Caticus. Jim Linderman Dull Tool Dim Bulb