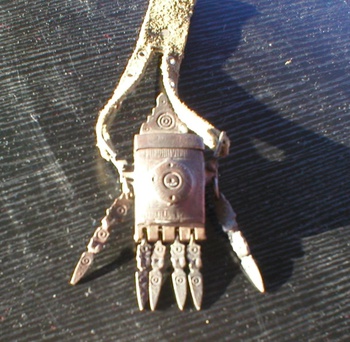 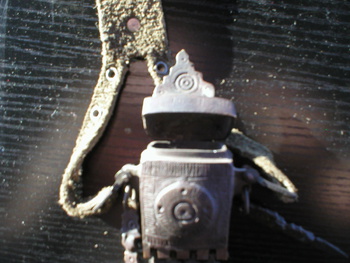 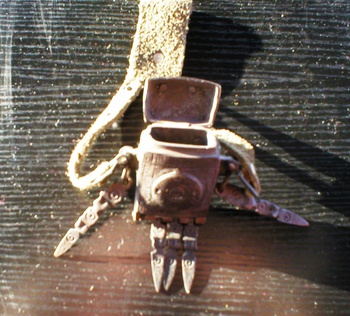 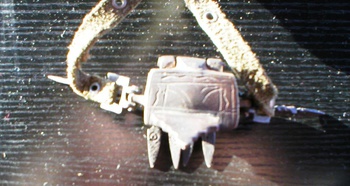 One person has suggested that these may have been used to contain snuff.
He indicates these were sold to tourist in the 1950's and 1960's in India.

Anyone else have any idea as to the what, when, how, where of this little gem.

I like the idea of the snuff - and is clear from historical accounts that the Britsh regiments used snuff. The officers had snuff boxes shaped from or like the head of a ram.

I certain this hung from a belt so that its contents could be easily accessed - so snuff or tobacco would seem to make some sense - although the quantity would be very great - as the item is rather small - and the lid does not fit very tight.

So the mystery continues.

I am not exactly sure what this is but I think it maybe from India.

The strap terminates in a belt loop for attaching to a belt - so it was apparently worn at the side. Could it be part of a military uniform ?

Possible it carried gunpowder or round ball rifle shots.

If anyone can help in identifying it, it will be greatly appreciated.

I volunteer at a Hospice Thrift shoppe in California and this item is a recent donation.