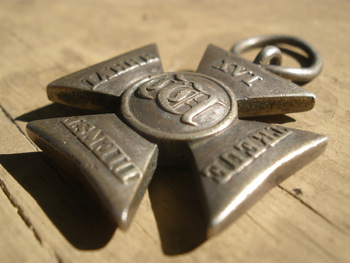 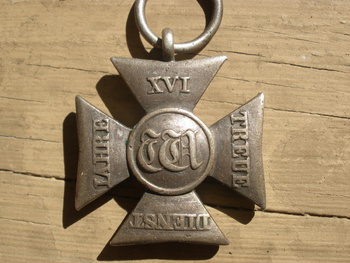 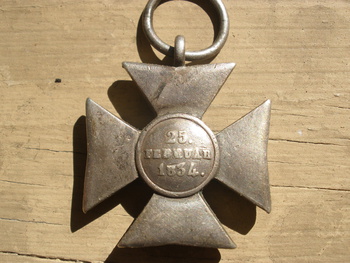 Believe it or not I found this little gem in a gold and silver shop right here in New Jersey. What business a 150+ year old medal from a now non-existent, pre-imperial German state had in my area is beyond me.

The official name is Dienstehrenzeichen für Unteroffiziere und Soldaten, and was awarded from 1834 until 1866 with the onset of the Austro-Prussian War. It was a recognition for faithful service in the armed forces of the time. It is made of silvered bronze and is a petite 1" wide.

I throw around the award date and it doesn't seem like much, but when I really think about it is amazing how old this little bugger is. I just have to think about my country's history to put it in perspective, this was likely made well before the Civil War!

The last image shows all of the versions with their ribbons, this one is the 2nd from the right.