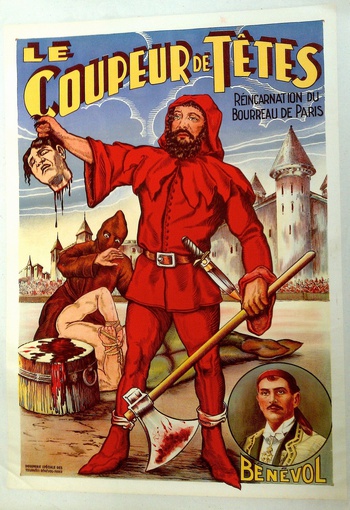 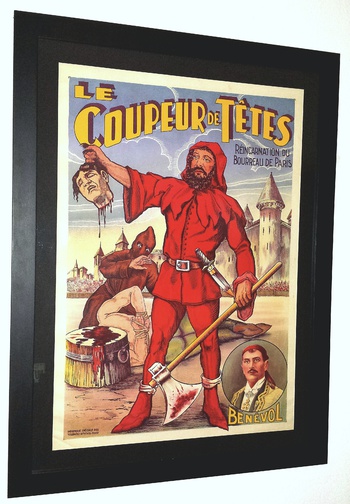 This is an original and very rare Benevol stone lithograph from my private collection of Magic posters. It measures approximately 24" x 34" and is in "A" condition! Circa. 1910

This gruesome but striking image sets this Magic poster apart from most others and advertised a nearly impossible illusion that spectators would have to see to believe. The colors on this poster are still rich and vibrant, the reds are extremely bright and really bring this poster to life; A remarkable Magic poster!

Luigi Maria Benevolo (Benevol) joined his family's show, in his teens, as an acrobat and musician. He was Italian by birth, but was billed as a Mexican magician while performing in France up until his death in 1939. he was 73 years old.