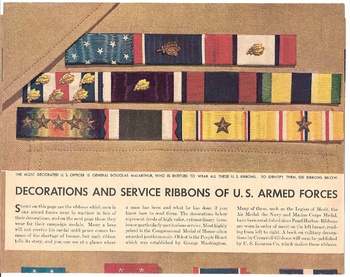 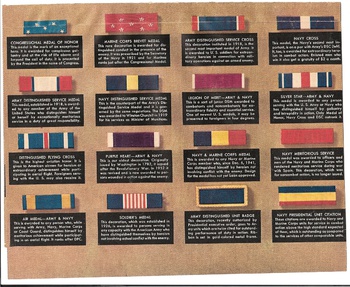 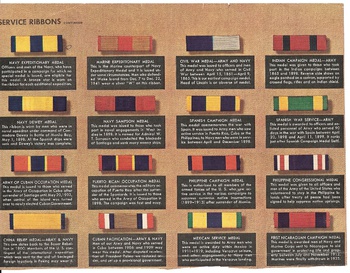 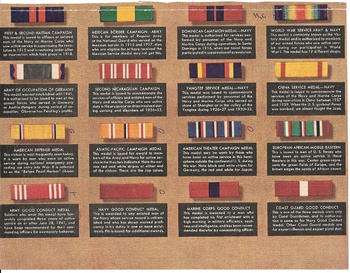 The information on military decorations come from the Los Angeles Hearld Examiner 1944 special edition. Many servicemen did not receive there medals because of the shortage of bronze even after the war had ended. I had contacted the Dept of Navy because I felt my father had not received the medals he had coming. About six months later I received a package from the Dept of Navy with ten medals that my dad had earned during ww2 and Korea.