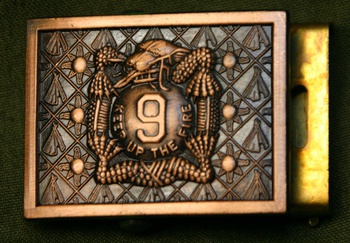 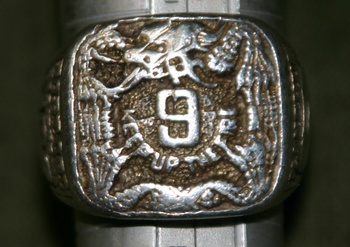 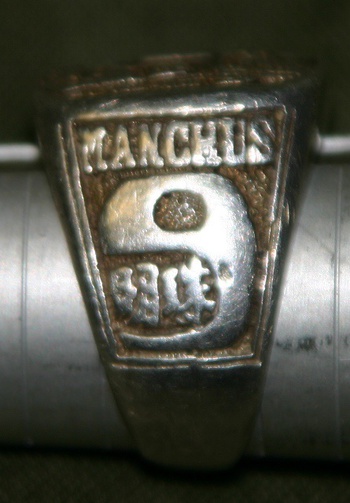 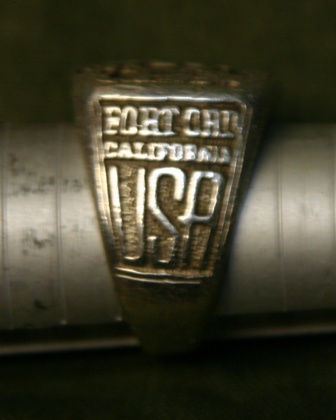 2 of my most prized military mementos. The belt buckle was issued to me after doing my first "The Manchu Miler", the 25 mile march commemorated the heroic efforts of the Soldiers of the 9th Infantry Regiment, who made an 85-mile march from Taku Bar for their assault on Tientsin in 1900 during the Boxer Rebellion in China. I never wore it, instead I bought another to wear. I still remember the first one I did, and the bloody blisters on the bottoms of my feet. I was privileged enough, "sarcasm intended", to complete 6 of these 25mile marches in full combat gear, while assigned to the unit. Not to mention all the conditioning marches of 6,8,12 miles prior to each one. Good ole days my 4th point of contact, (military speak for a$$). I was an Artillery Forward Observer attached to various units of the 9th Inf. Regt., at Ft Ord, CA and Ft Lewis, WA. Where ever my infantrymen went, I went with them in the same fashion, rucked up and on foot.

The ring was custom made by a member of the unit "who's name I can't remember". It is made from a US silver dollar. I wore this for some time before I put it away fearing more wear to it. It is soft and does not fare well being banged around.