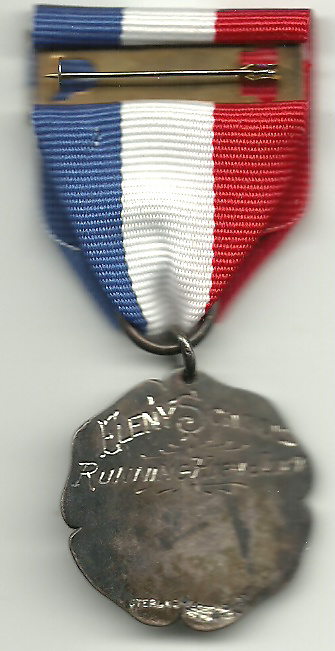 Here is a variety of the 1903 PSAL medal. The obverse looks to be the same as a previous submitter's medal.

This is the first year of issue for medals of the Public Schools Athletic League. Although the previous submitter's medal clearly states that his medal was provided by the William Randolph Hearst organization, this one has no such information.

The Evening World newspaper, a Pulitzer newspaper, began to fund the awards in 1906, and continued to 1930.