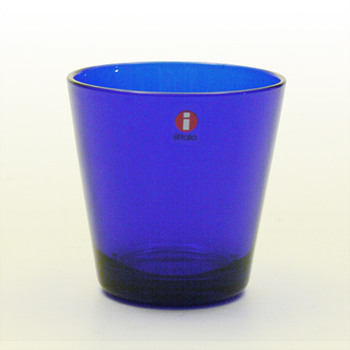 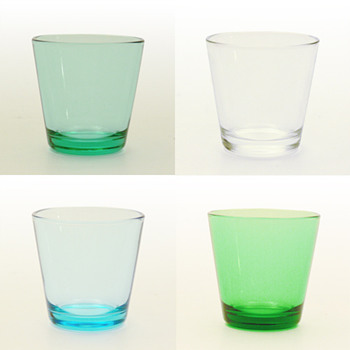 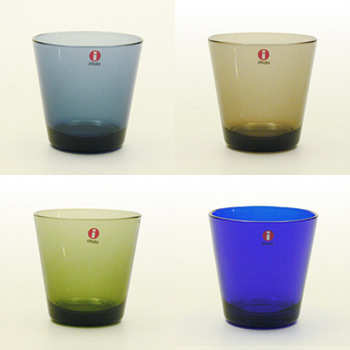 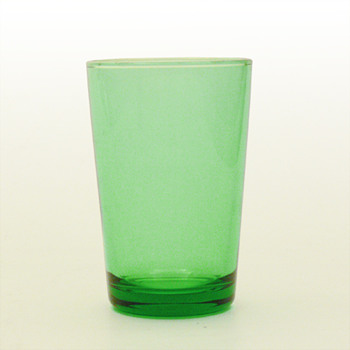 The original KARTIO or 2744 glasses were first made in 1953 and they were mouthblown, but as soon as 1958 they started making machine made versions of it, although in fact it seems they made a completely new glass which is today know as KARTIO, but also as 5027 or TEEMA. So it was made to match the TEEMA (or KILTA) dinnerware series.

They were into production from 1958 to 1975, then in 1982 and then since 1993 till today, when they are absolutely best-sellers all round the world. The original mouthblown ones have also been reissued in 2011, but they are not into production any longer.

The four glasses in the second picture were bought in Dublin, from a shop running out of business... I just got one of each colour, as they were selling by the piece. I am not a big fan of the light blue one (the other option was grey), but the green ones are amazing! :)

Those from the third picture were bought online in 2006 or 2007, not really sure about it. From these I've got two of each colour. You can see from 2005 they started working with less intense colours. They had some specially beautiful shades of blue at the time.

The last one is one of two 36 cl. green glasses from before 2005 I got at the outlet of the Spanish distributor for Iittala.