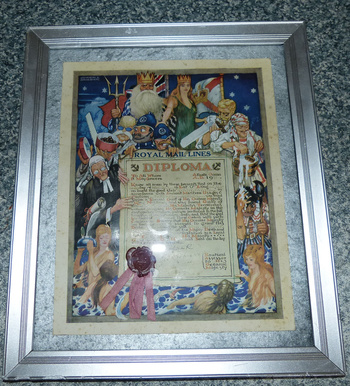 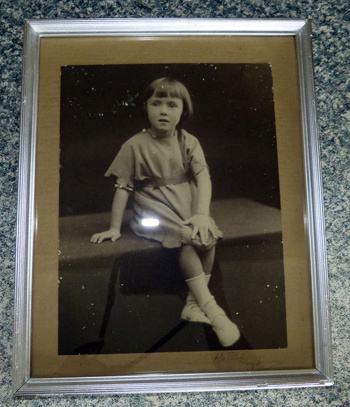 The first picture is a Royal Mail Lines Diploma for a ship called the Highland Princess, dated 1951. Artwork by Kenneth D Shoesmith. I've posted it here before. I recently decided to fix up the frame a bit and so, I took it out of its frame. I'd say it was the first time anyone had taken it out in at least 50 years.

Imagine my surprise when I take it out of the frame, only to find this beautiful picture of a little girl hiding behind the diploma. It had been stuck to the cardboard backing of the frame. It has the name A E Purdy.

I cannot imagine why anyone would cover a picture of a child with a novelty diploma, but after all these years, I have now given her a frame of her own. :)