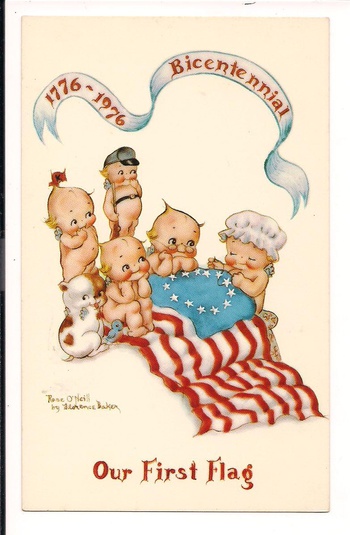 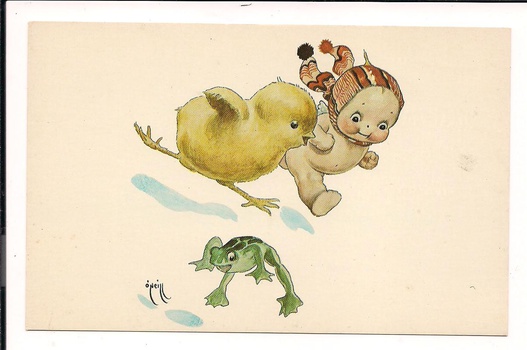 I acquired a collection of 80 Kewpie postcards quite a few duplicates. Only 2 were the original early 1900 postcards but the rest are charming later postcards from the 1970's. Some are postcards that were printed in the 1970s. The first postcard (flag) was adapted from the art of Rose O'Neill by Florence Baker who handpainted and adapted the design. It was published by the Baker Mktg Co. of Independence Missouri in the 1970s.

Many in my collection were published by the Ashers who had paintings of kewpies by Rose O'Neill in their own private collection. The chicken racing the Kewpie is so cute and the frog seems to be enjoying himself too. Also from about 1976