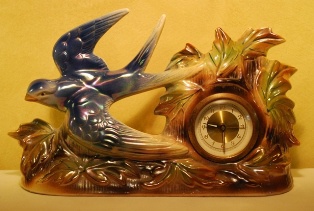 Jema Holland produced over 75 diffent clock designs, quite often the clocks were a continuation from an earlier piece, such as a figurine. This Blue Swallow has been replicated in figurines in many different formats single, double, twin Blue Swallows Etc. Other species, such as the Angel Fish - www.jemaholland.com - or my personal page here at Collector's - were used in the figurines, made into an electric lamp & also then produced as a clock. I try where I can to collect not just the clock, but hopefully the matching lamp as well. Jema Holland ran from about 1945 - 1984, are becoming highly collectable & with their value increasing steadily yet strongly. 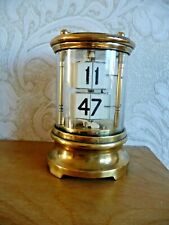