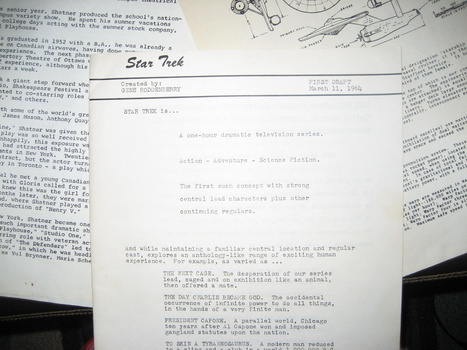 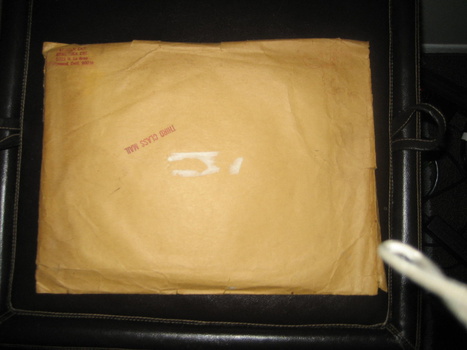 Hi All,
I have a envelope that was postmarked in Nov. 1969 mailed from Lincoln Ent.
Star Trek Ent. 1023 N. La Brea. Hollywood, Calif. 90038. Inside there is a First Draft dated March 11, 1964 created by Gene Roddenberry. There is also blueprints for the Enterprise, a biography on William Shatner, eight cells that have images of what looks like the actors during takes, Two posters one of William Shatner and the other Leonard Nimoy and a badge that is still sealed that looks the one worn on there uniforms. I have spent months trying to find information on what I have, I even had it viewed by a online appraiser who didnt give me much info other than the little I found on my own. There are only two other examples that I found and they were missing the envelope and everything else in it , they were just the same copies of the First Draft. My questions are if anyone can help: What was this called? Is the envelope complete with everything it was first mailed with?
Thanks any help will be greatly appreciated. 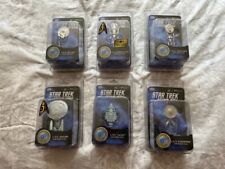