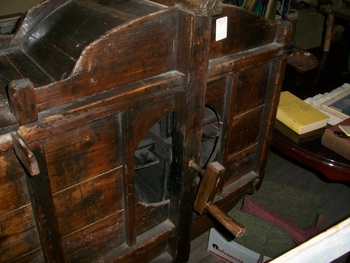 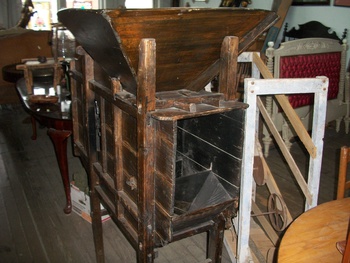 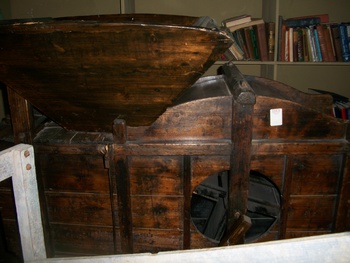 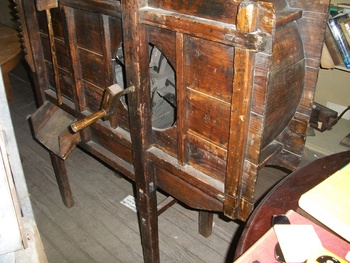 I found this wood machine stored away on the third floor of an antique store in Lebanon, TN, and bought it several years ago. All they knew about it was that it found on an old plantation and that it allegedly had been used by slaves. It is entirely handmade except for the metal shaft to which the blades and handle attach. I found one item somewhat similar to it on eBay that referred to it as a winnowing machine. I've searched the Smithsonian's archives and only found a picture of one similar that also called it a winnowing machine. It still functions and the wind production from it is amazing.