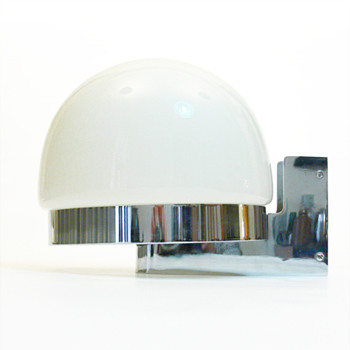 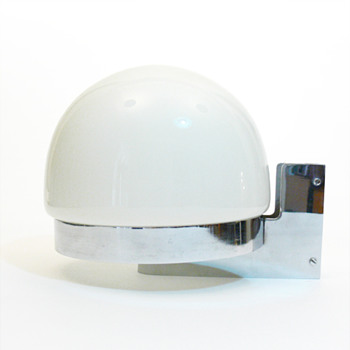 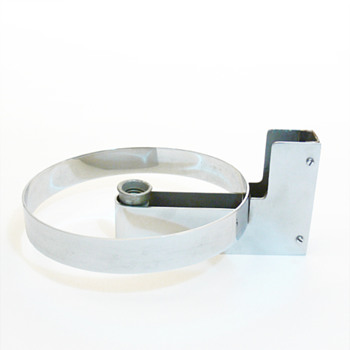 I think I had told you about this lamp before, but I had filed this pics in the wrong folder and found them by chance yesterday.

This is a design from 1971 and so far the sixth of my seven Ricard lamps... well, there's an eighth one, but as the screen isn't the original one I guess i cannot consider it a Ricard lamp completely (that makes me sad :( ).

As you can see, simplicity is once again the main idea here. What we've got is just three metal pieces joined together (pic. 3) to shape up the frame of the lamp and a very nicely shaped glass screen (by the way, I think this is the only time Ricard uses a glass screen for one of his lamps).

And, by the way, this is the onñy lamp by Ricard I have seen in use, Not far from home there is this very posh and stylish building where you can see several sconces in the entrance hall, and one of them outside the doorway. I smile everytime I pass by this building :)

There was another building where you could see them too, with a very beautiful entrance hall (an amazing "fantasy in wood" so 70s you couldn't but drop your jaw at the sight of it), but they refurbished it a few years ago and not only the Ricard lamps disappeared, but the wood panelling as well... and now it looks so awfully sterile and boring! why could anyone want to change such a great space? :(