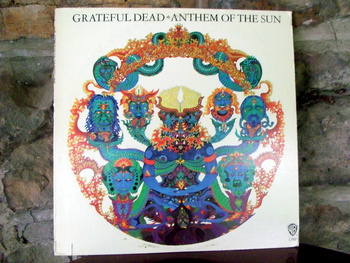 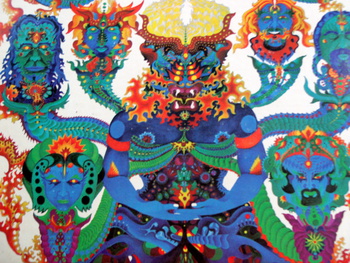 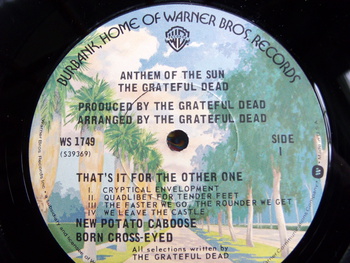 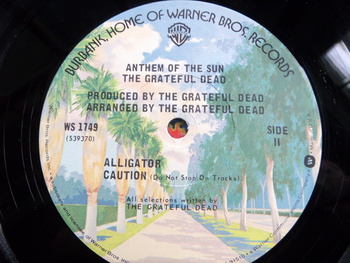 From my extensive Grateful Dead collection I would like to share another rarity. This is the Anthem of the Sun remix lp (WS 1749) with the rare white cover as opposed to the common purple cover. This is a unique 3rd mix of Anthem was remixed in the summer of 1972 by Phil Lesh and it has an E chord at the end of side one rather than fading out with Weir repeating "by and by"
The original purple cover was released in 1968 and and ranks at number 287 on Rolling Stone magazines list of the 500 greatest albums ever released