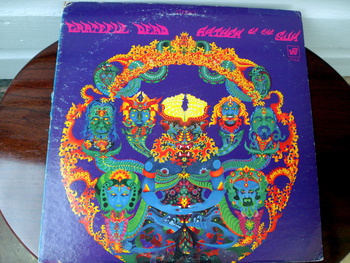 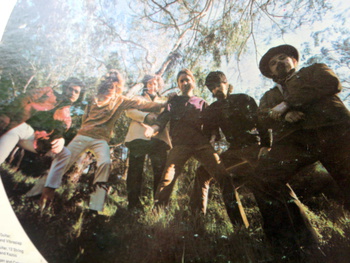 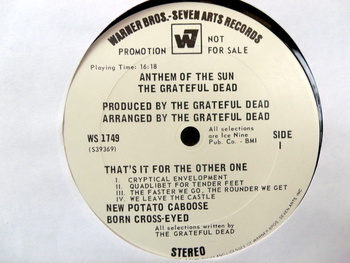 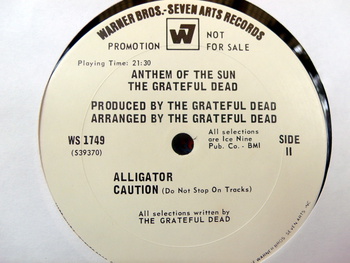 Another rare version of the Grateful Dead Anthem of the Sun album from my collection is this "White Label Promo". On the Warner Brothers-7 Arts label with the same catalog number WS-1749, the same as the white cover remix version I posted earlier. White label promo's were produced in lower numbers and intended for radio stations use only. Released on July 18th 1968 and is the first album to feature the bands second drummer, Mickey Hart who joined the band in 1967.

Listen to the entire album on Youtube here:
https://www.youtube.com/watch?v=OnNkKAKPHqY

Private and Promo Records
See all