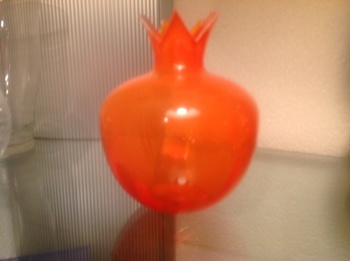 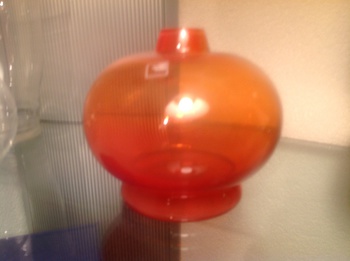 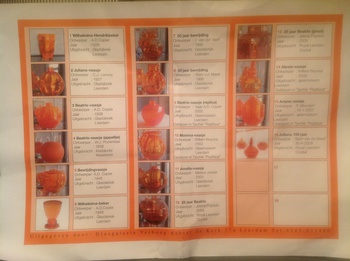 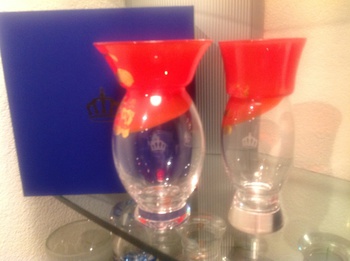 Oranje vaasjes is dutch for orange vazes.
The Royal family in Holland name is van Oranje which mean Orange

The glas factory in Leerdam made special vases for special occasions in orange in limited series the first picture is latest one only 250 made of! Made in a set of two with a special royal blue box , this one got real GOLD on it and got a engraved little crown on it,
It celebrate Willem Alexander van Oranje who became King this year!
The fat one is Willem the small one is his beautiful wife Maxima , its the forth picture

The first picture one is an collectoble for the crowning with the little crown on top this one is a bit of a fake one , not in the real tradition of leerdam vases! It is not made in the factory in leerdam but made in tjechie it doesnt have the nice orange colour and is poorly made they also have no limited made of . It is isued by the glass museum in Leerdam. why? I really dont know i think it was a big mistake of the museum.

The second one is made in the glass factory in Leerdam in a limited serie its made for 75 years of Beatrix it has the real beutifull orange colour and its beautifull made! I dont remember how many but i think about 500 made