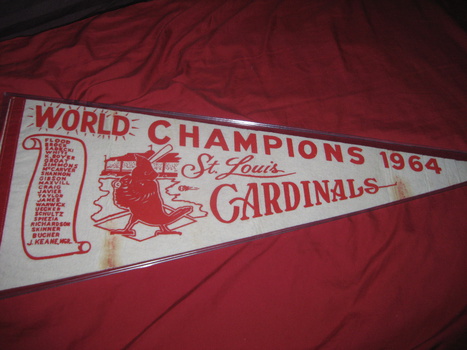 The 1964 World Series pitted the National League champion St. Louis Cardinals against the American League champion New York Yankees, with the Cardinals prevailing in seven games. St. Louis won their seventh world championship, while the Yankees, who had appeared in 14 of 16 World Series since 1949, did not play in the Series again until 1976.
This was the Cardinals 7th World Series Title giving the city of St. Louis something to cheer about for the first time in 18 years. Waiting since 1946 to see the Redbirds in post season baseball again..

Basball Fact: The St. Louis Cardinals became only the second team in the modern era (1923 Giants) to score at least one run in every inning while rolling over the Chicago Cubs during a September 13th outing at Wrigley Field. "Redbirds" Lou Brock and Julian Javier led the rally with one homer each and Curt Simmons topped Dick Ellsworth on the mound for the 15-2 win.

Yankees may have more WS victories, but the Cardinals have won 3 of 5 from the Yankees in World Series matchups.... ( The Real # 1 Team) 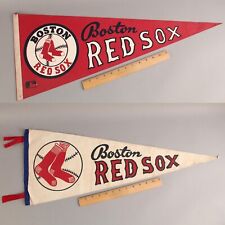