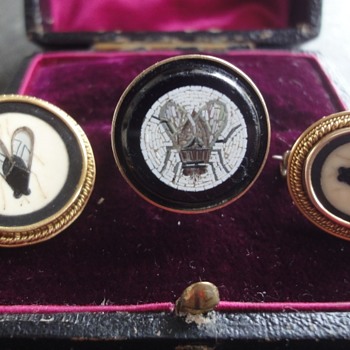 Stunning rare French jewelry made in Bourg-en-Bresse, in the south east of France around 1920. These beautifully detailed "jewelled" silver gilt with enamel and coloured pieces with intricate panels were set with green enamel and paste stones of red to imitate rubies. They were revered by the British aristocracy and much sought after. Often pieces of jewelry were given as engagement presents and handed down mother to daughter. Fornet was one of the leading Jewellers of Bresse from the 1870's to the end of the Century, specialized in making enamels, exhibiting in Vienna, Antwerp, Moscow, Philadelphia and Melbourne. Fornet's jewelry was bought by Royals and even the Shah of Iran was a fan - not surprising as I feel there are similarities to Asian jewellery of the same period. Possibly of interest to Museums or collectors. 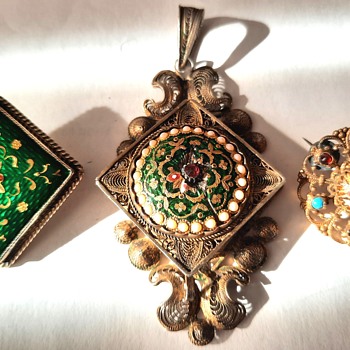 by Agram.m
in Fine Jewelry
4 months ago