Letters of the Damned: Exorcising the Curse of the Petrified Forest 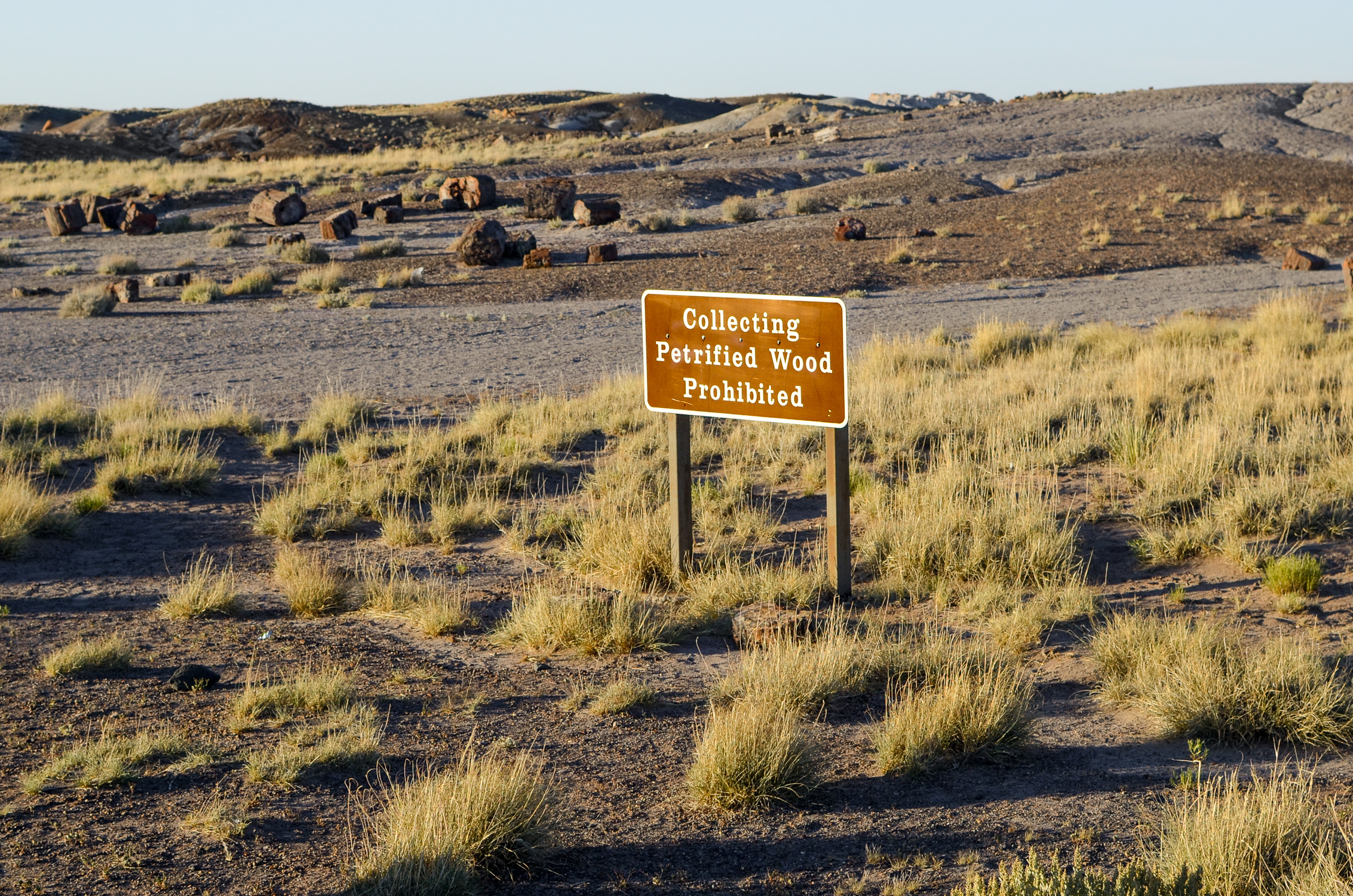 The letters came from everywhere—Verona, Italy; Littleton, Colorado; Oakland, California; Augsburg Germany; Sherrodsville, Ohio; Springfield, Massachusetts; Bronx, New York. They were written by children, teenagers, and adults, and while some were just a few words, others filled pages with detailed life stories. But they all shared the same sentiment: Please take back the rocks we stole. We’re sorry; we shouldn’t have done it.

“I saw the letters, but I didn’t believe it and I took the rocks anyway. And now I’m cursed.”

In 2011, during a chance trip to Petrified Forest National Park in northeastern Arizona, a couple of these letters caught the eye of artist and educator Ryan Thompson. At the time, the Rainbow Forest Museum included a small exhibit of correspondence sent to the park by people who’d surreptitiously taken petrified wood during their visit, and later felt guilty enough to return it. A steady stream of these so-called “conscience letters” (nobody’s quite sure who coined the phrase) have been archived by the national park’s staff since 1934, albeit inconsistently. Today, the park has more than 1,200 conscience letters in its archive.

Fascinated that the park had even saved these letters, Thompson connected with the park’s museum curator, Matthew Smith, to learn more about the archive’s history. Thompson’s curiosity gained him access to many of the archived letters, and in 2014, along with Phil Orr, he published the book Bad Luck, Hot Rocks, chronicling a portion of the conscience letters and some of the the rocks they accompanied. 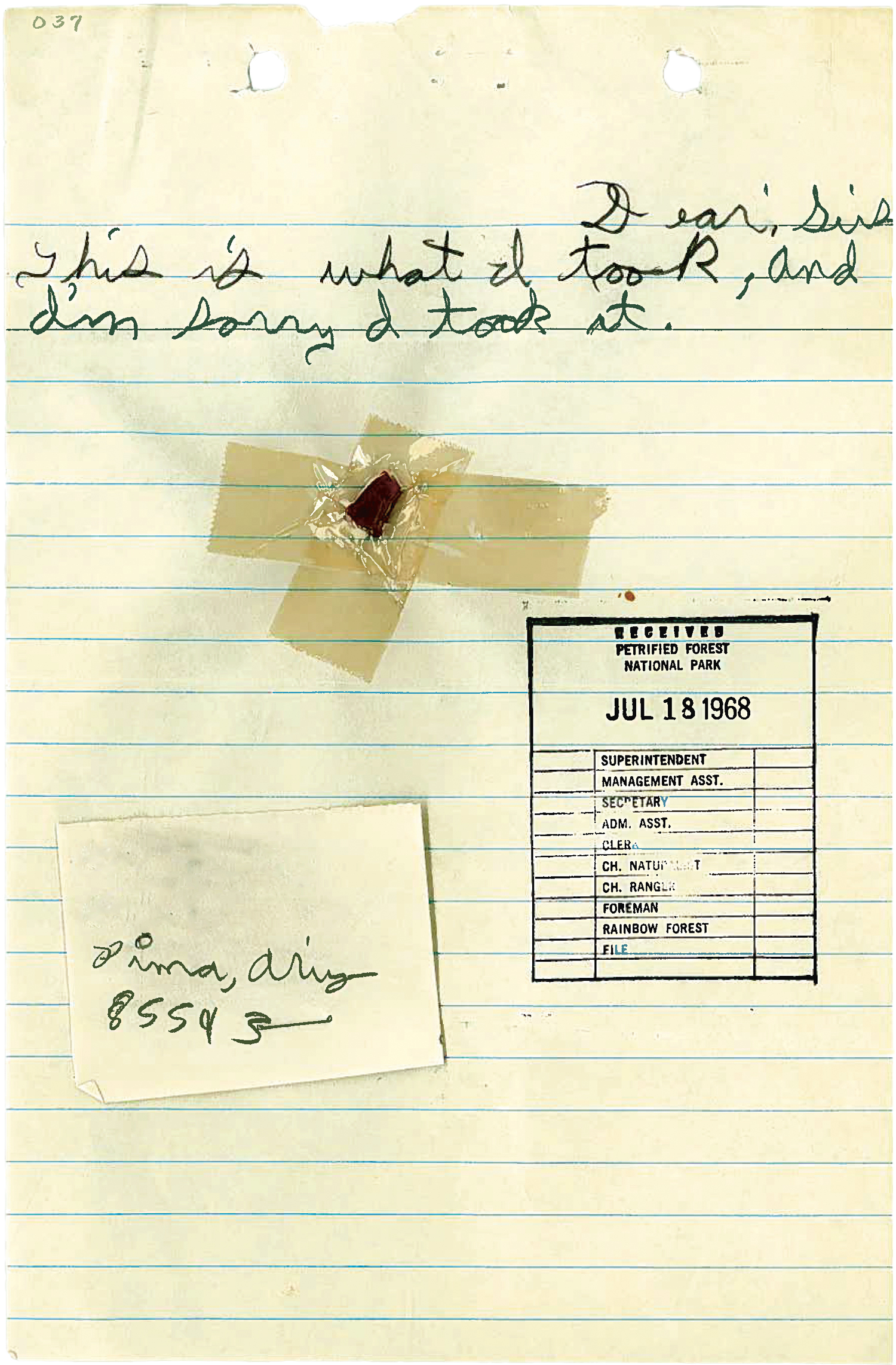 A conscience letter from 1968.

Typically, these conscience letters indicate remorse for the theft and attribute bouts of misfortune to the ill-gotten petrified wood. Writers who describe their troubled lives often hope that by returning the stolen goods, their bad luck will disappear as well. So how did rocks from the Petrified Forest become tied to calamity and misfortune?

Arizona’s petrified forests formed nearly 200 million years ago during the late Triassic Period, when fallen logs washed into a river system and were buried by sediment and other debris, isolating the logs from oxygen and slowing the decay process over centuries. The porous wood slowly absorbed various minerals, including silica from volcanic ash, which crystallized over thousands of years, replacing the organic material as it broke down. Eventually, the logs and branches were transformed into colorful pieces of nearly solid quartz.

Western explorers first documented these ancient stone forests in the 19th century, and in 1906, the park was formally established as a National Monument to protect the area from human development and destruction. Though the park’s creation has generally been a great success at protecting its unique landscape, over the century since its founding, a small minority of visitors have continued to steal specimens from the park. 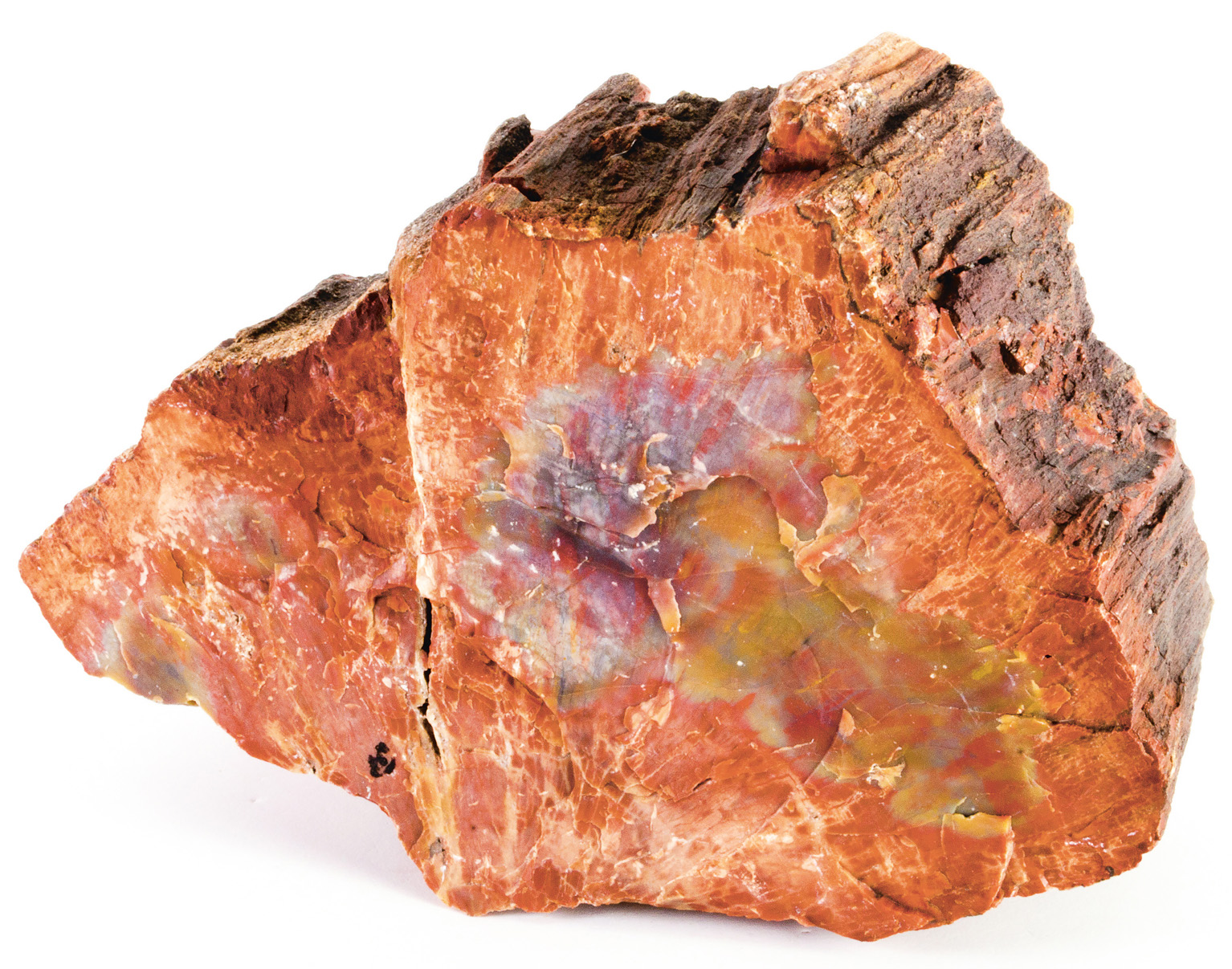 A fragment of rock returned via mail to the Petrified Forest. Photo by Ryan Thompson.

When Thompson inquired about the bad-luck mythology, he spoke with multiple people who pointed him to a ranger at Hawaiʻi Volcanoes National Park during the 1940s. Supposedly, this ranger claimed there was a curse on visitors who took lava rocks off the island, possibly linked with Pele, the native goddess of fire said to have formed the Hawaiʻian Islands.

“That rumor somehow made it back to the mainland,” Thompson explains, “and depending on who you talk to, they’re more or less likely to attribute the beginnings of the bad-luck associations with rocks to that park ranger specifically. But these kinds of phenomena are in effect all over the world, so it’s difficult to trace for certain.”

Regardless of how the rumor of a curse got started, during the 20th century, the staff at Petrified Forest National Park accidentally fueled visitor’s perceptions of a curse. “At the museum, they had a small display of letters that had been sent over the decades talking about the bad luck,” Thompson says. “Of course, the park wasn’t necessarily saying this is true, or that there’s some kind of curse, but inadvertently by showing these letters, they were reinforcing this belief.” 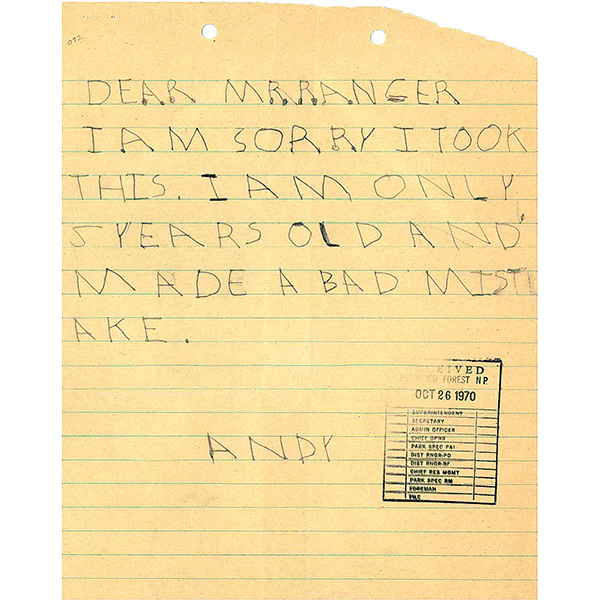 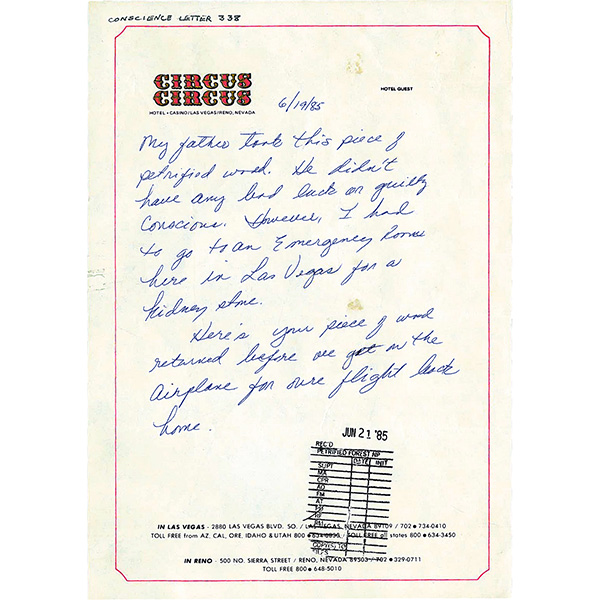 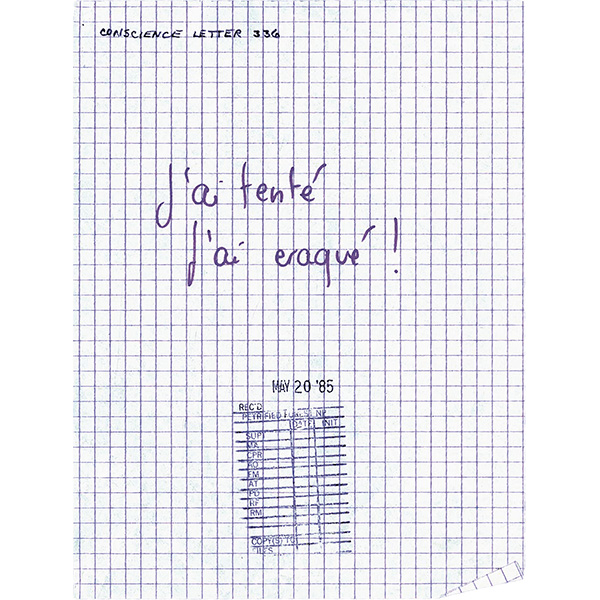 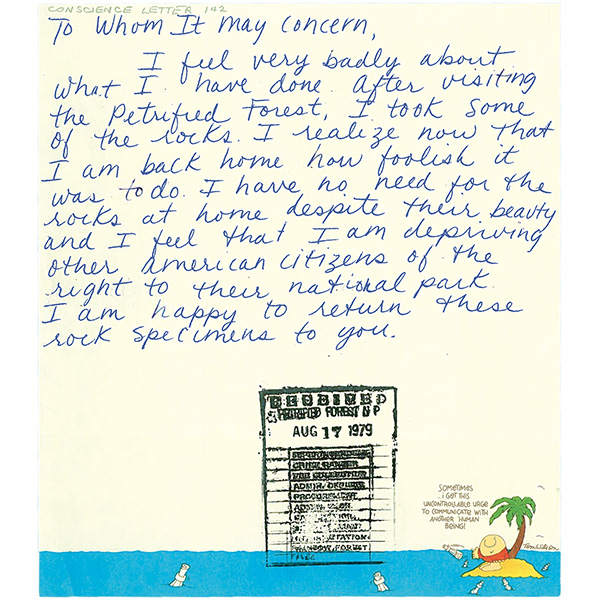 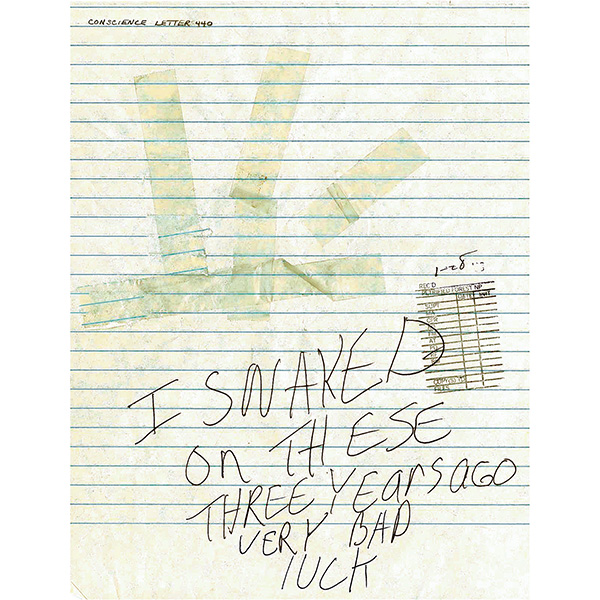 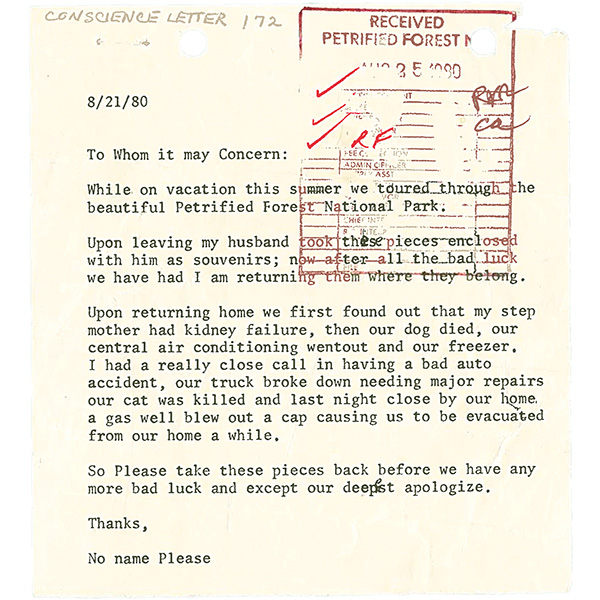 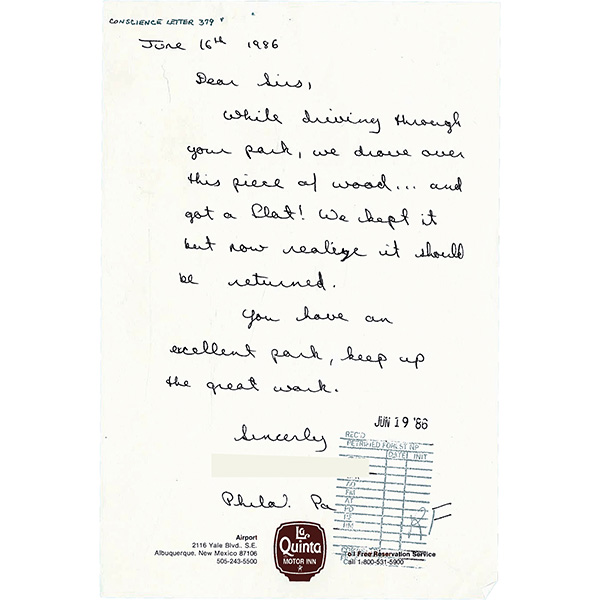 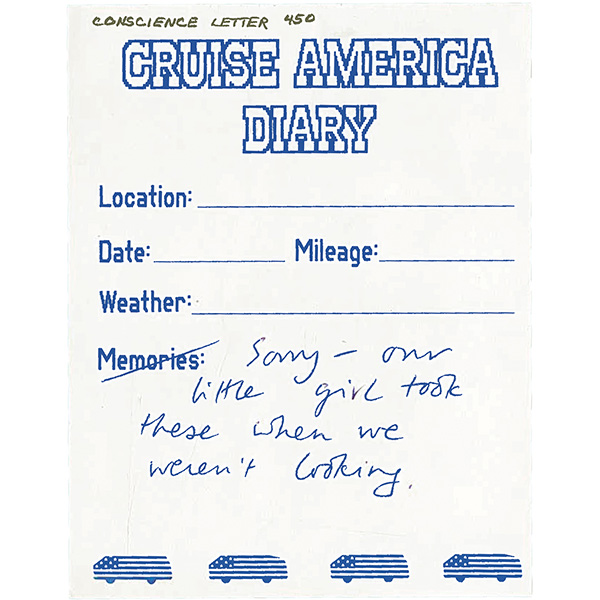 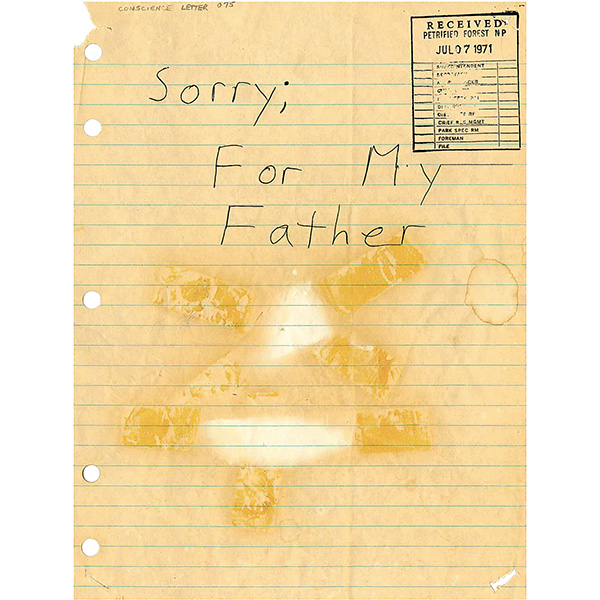 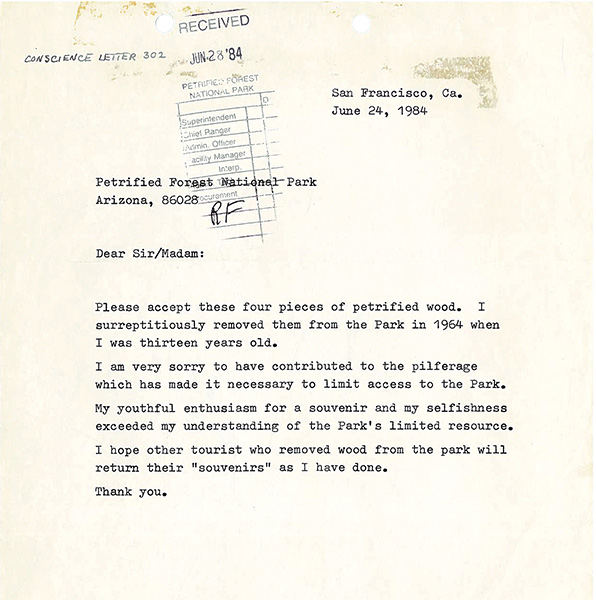 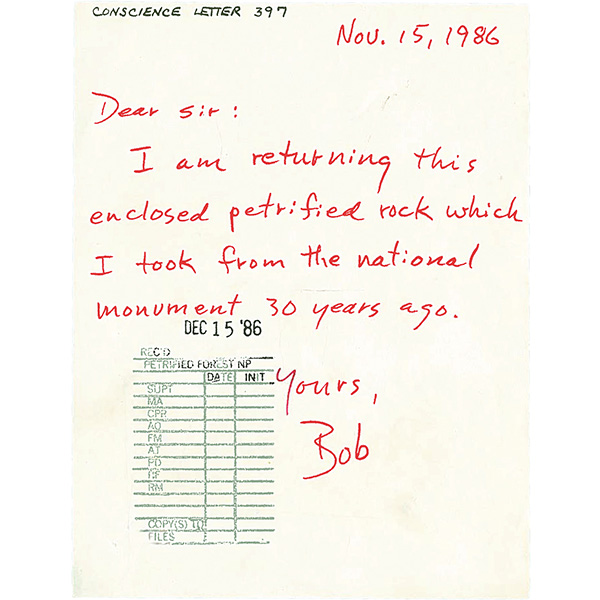 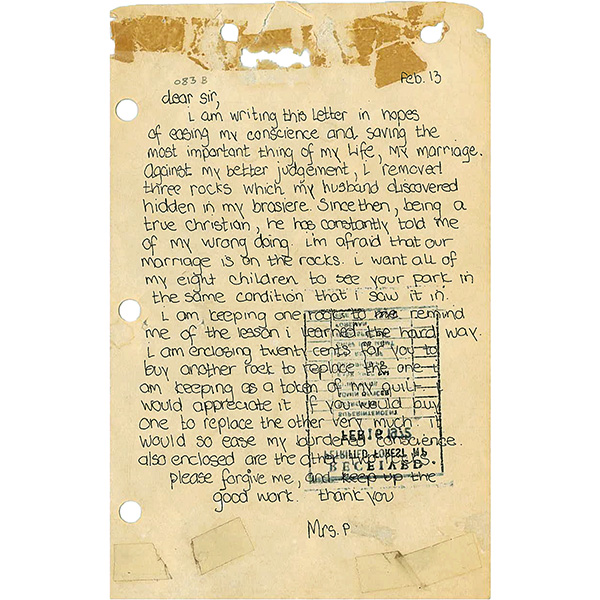 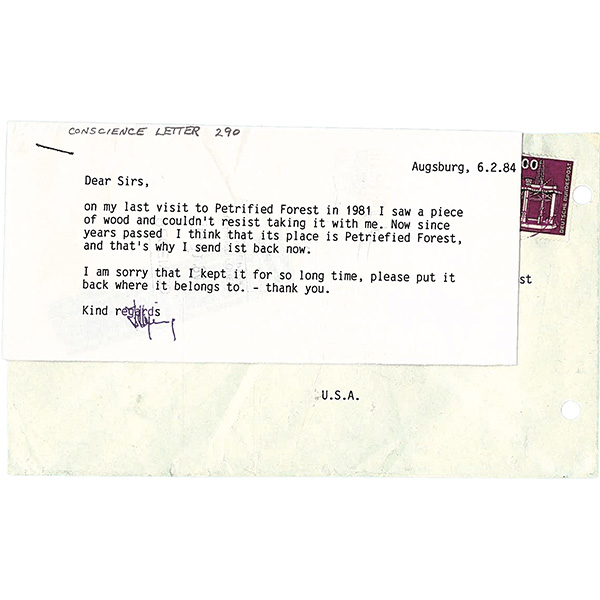 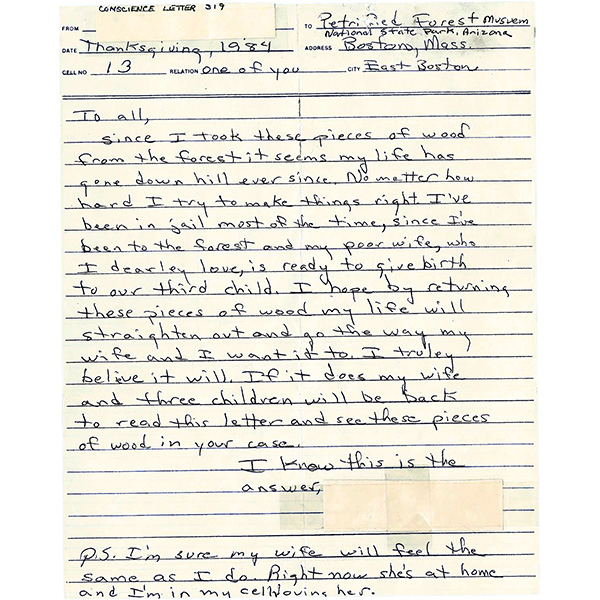 Eventually, Thompson points out, letter-writers began mentioning earlier correspondence they had seen when visiting the Petrified Forest. “As you go through the decades in the archive, you see more and more letters that reference the curse because someone saw earlier letters at the park,” he says. “They’ll write, ‘I saw the letters, but I didn’t believe it and I took the rocks anyway. And now I’m cursed. Please add this to your collection, and if you’re reading this, please believe it—you don’t want to be cursed like me.’ So for that reason, they stopped showing the letters in the museum as well.” 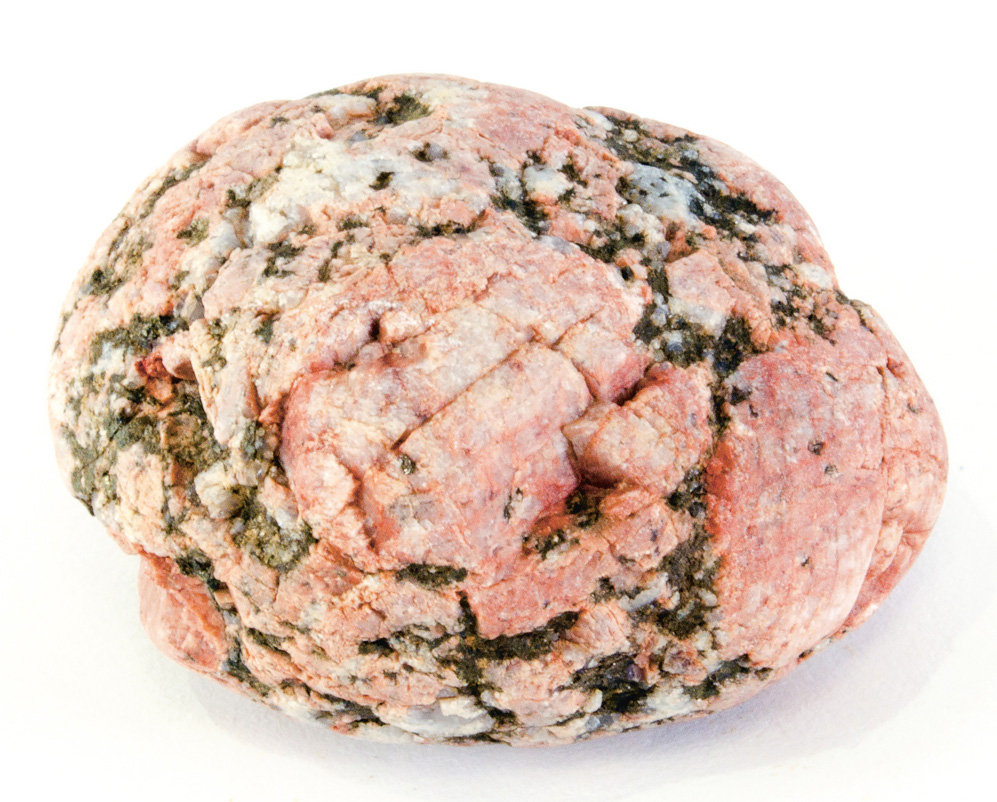 A piece of rock from the conscience pile. Photo by Ryan Thompson.

The absence of conscience letters in the museum doesn’t mean the bad-luck rumors have ceased. Earlier this year, for example, an episode of the Netflix show “Dead to Me” alluded to the curse of the Petrified Forest, and Thompson says the volume of conscience letters suddenly increased. The park saw a similar spike after his book was first released in 2014.

Unfortunately for folks who think they’re doing the right thing by mailing in rocks, these specimens won’t ever return to the Petrified Forest’s natural landscape. Although previous park staff sometimes responded to letters and returned rocks to where a visitor described finding them, that practice ended decades ago. “Because of their unknown provenance,” Thompson writes in his book, “these specimens can not be scattered back in the park; to do so would be to spoil those sites for research purposes.”

Instead, mailed fragments of petrified wood become part of the “conscience pile” near a private service road that visitors do not have access to. Park staff believe there have been a few different locations used to dump stones sent via mail, and are unsure when the current site was first used. 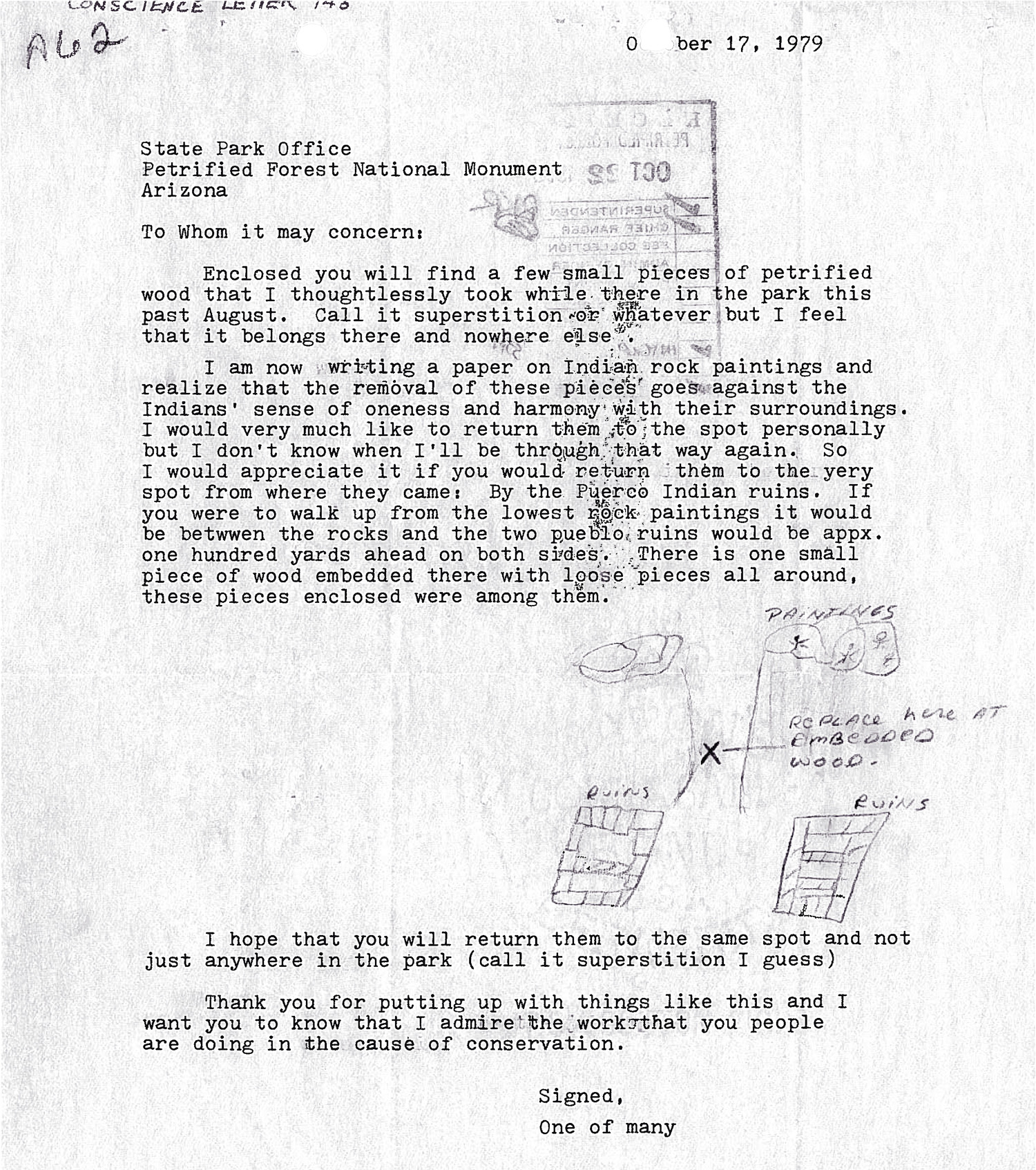 Even rocks returned with specific location descriptions cannot be put back without potentially disrupting the park’s geologic history. This letter also indicates the sender may have stolen artifacts from a cultural site in violation of the Archaeological Resources Protection Act of 1979.

“The conscience pile, to me, is really one of the more interesting parts of the whole phenomenon,” Thompson says. “It’s this weird purgatory for these rocks. Visitors are trying to make these atonements or set something right in their lives and for the world, and ultimately, ironically, they’re unable to.”

“I feel strongly that that’s probably the best way to handle this wood,” curator Matthew Smith explained in an interview with Thompson for his book. “In part, not only because of it being displaced from its context and taken out of its little fabric of time and space—it’s gone on this weird journey and come back and we have no way to put it back in its proper place; but also because you may have noticed that a lot of the letters in the conscience archive aren’t written from the first person perspective.” 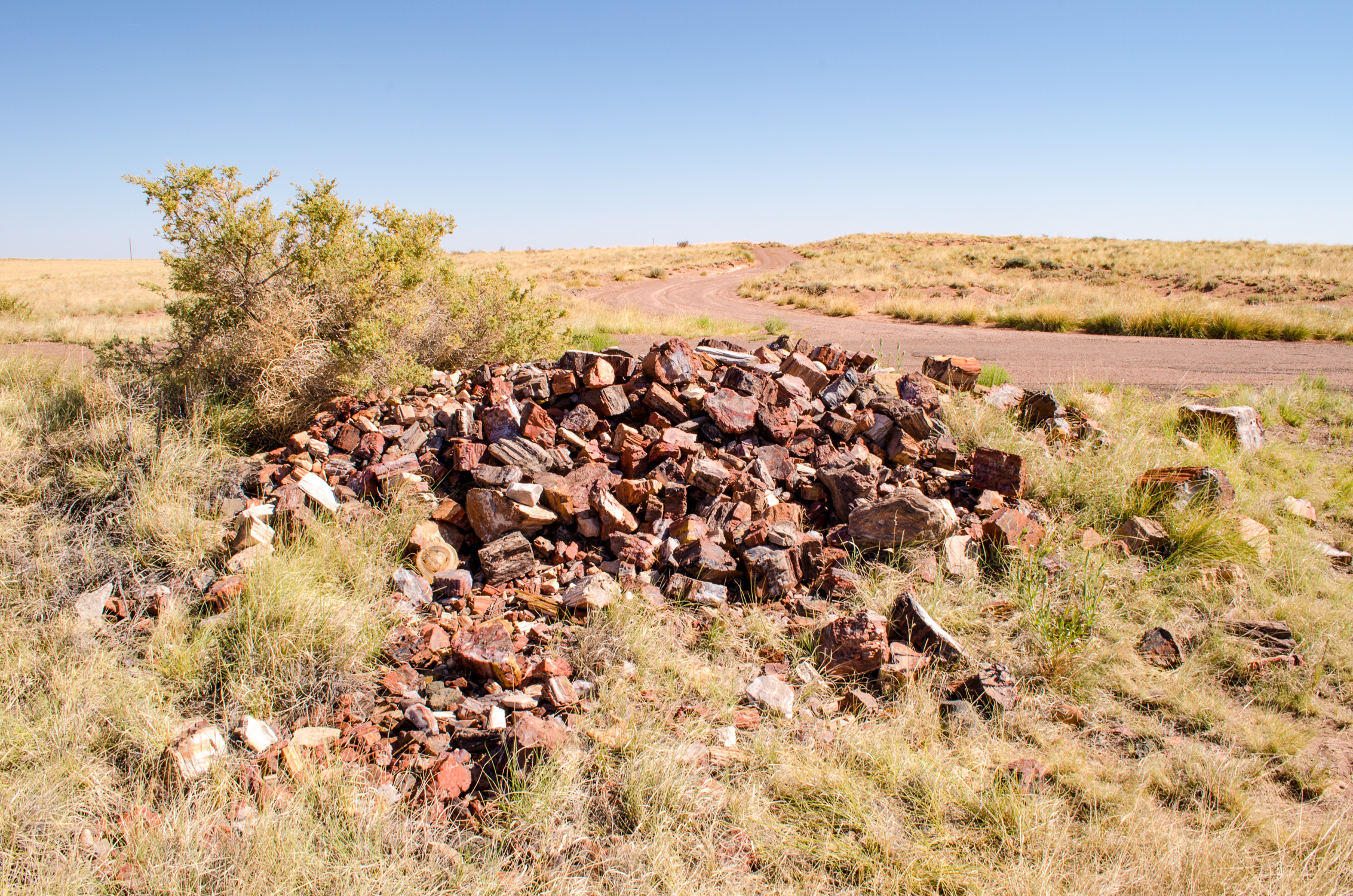 Many letters describe rocks supposedly taken by family or friends, yet the stones included are either completely foreign to the area or they’ve been cut and polished, meaning they were clearly purchased at a gift shop somewhere. “You have a lot of citizens out there who mean to be doing the right thing in returning all this wood, but in all likelihood it was legally obtained by their grandparents at some curio shop and there is no reason to return it,” Smith told Thompson.

Though park staff now downplays rumors of the curse, they’ve struggled with the best way to deter theft in the first place. For many years, officials incorrectly believed several tons of rock were being removed, and so the park featured such dire warnings on signs and brochures. The rerouting of roads through the park also caused confusion for some repeat visitors to the Petrified Forest: Many who came as children believed the larger deposits of wood they remembered had been pilfered over several decades, when in reality, the main roads were just moved further from those sites to protect them. 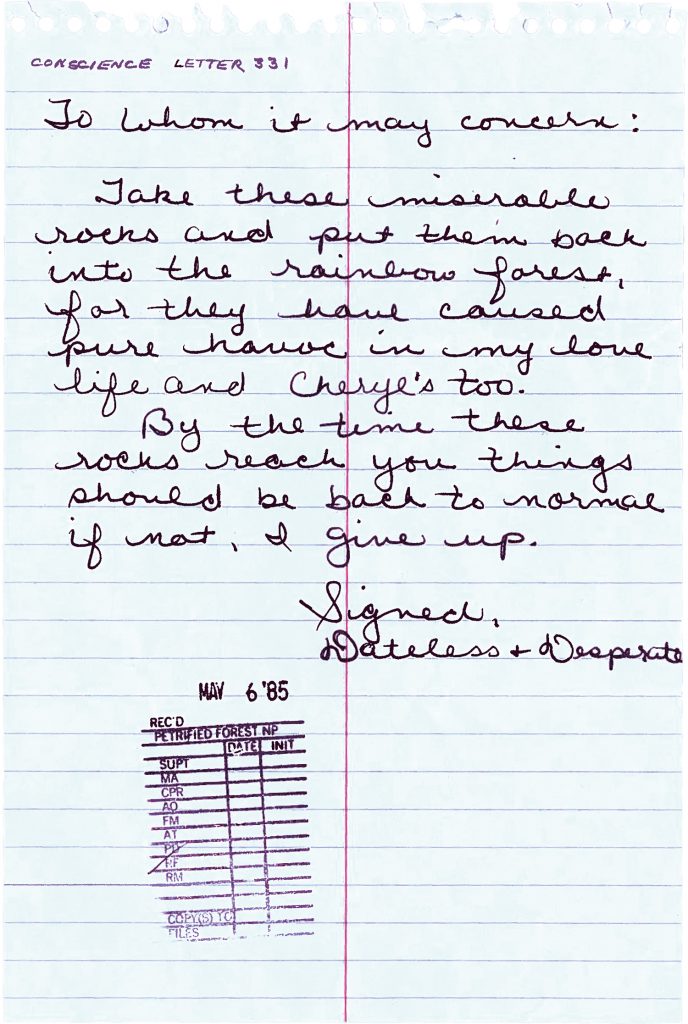 An anonymous letter attributing “pure havoc in my love life” to rocks from the Petrified Forest.

“Inadvertently, I think they’ve encouraged people to take rocks at various times,” Thompson says, “because some of the signage said things like ‘This is a protected resource’ or used language that communicated to people that the petrified wood was scarce, and they should get some before it completely disappeared.” Eventually, staff realized that it didn’t help to warn visitors that massive amounts of petrified wood were being stolen, because it made theft seem commonplace and expected.

More recently, park officials studied the efficacy of certain messaging and interpretive materials, including giving out small samples of rock at the entry gates to dissuade guests from taking their own. “But they’ve also moved away from that,” Thompson says. “When I was there in 2014 or ’15, they did give out a flier that said you could be fined some amount of money if you’re caught taking a rock out of the park.”

Smith says they no longer hand out those “Don’t make a costly mistake” fliers, either. Today, they simply give visitors a verbal warning about poaching specimens and provide labels for any rocks or fossils visitors happen to arrive with and bring into the park. 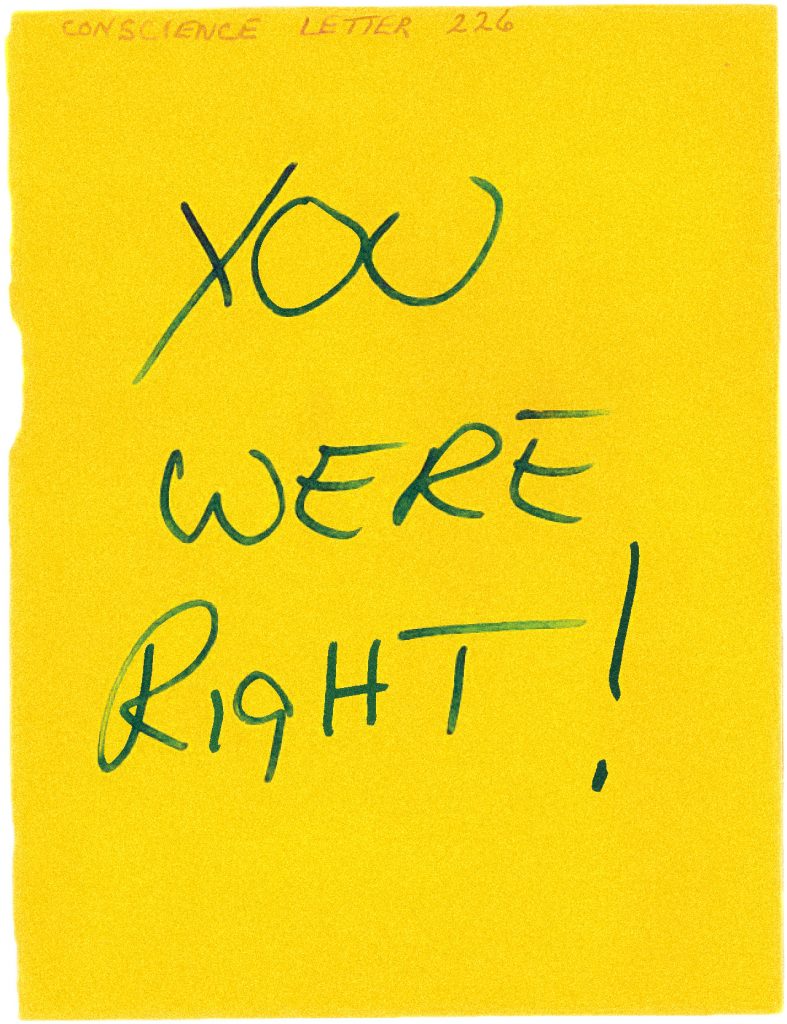 After Superintendent Brad Traver took over in 2011, staff began comparing photos from the present day with those documenting the park a century ago to verify whether or not popular sites were losing petrified wood to theft. “And in almost every case—I think we’ve done over 200 photo pairs—we’ve only been able to find one pairing that shows any kind of resource damage,” Smith told Thompson. “Essentially what we realized is that for all intents and purposes, when it comes to the camera’s eye, what you and your great-grandparents were seeing is basically the same. Rock for rock, down to things that are the size of your fist.”

Today, the park is pushing ahead with plans for wayside signage that will show photographic comparisons of rock formations from a century ago with contemporary views to show visitors how similar they appear. Overall, the park has also expanded its focus from the more narrow topic of the petrified forests to the region’s larger historical record, geologic and otherwise. “They’ve been working over the past decade to pivot toward telling a more rich and complete story of that place,” Thompson says.

But still, the letters keep coming, usually a few each month. And the conscience pile grows larger.

(For more conscience letters, check out Thompson’s book, “Bad Luck, Hot Rocks.” You can find more of Thompson’s work at his website, Department of Natural History. If you buy something through a link in this article, Collectors Weekly may get a share of the sale. Learn more.)

FossilsFossils are familiar to most of us as the hardened, three-dimensional remai…

Rocks and MineralsMost pieces of fine jewelry are just minerals in disguise, their rough edge…