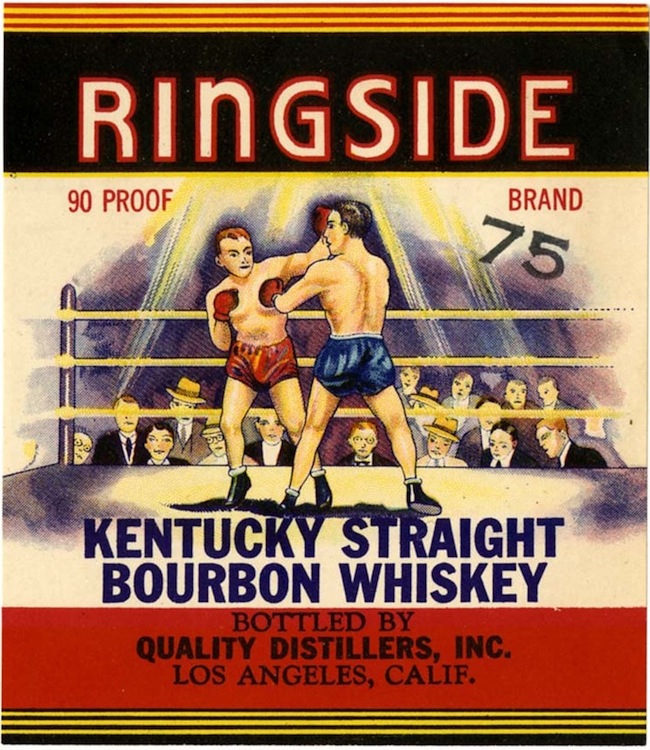 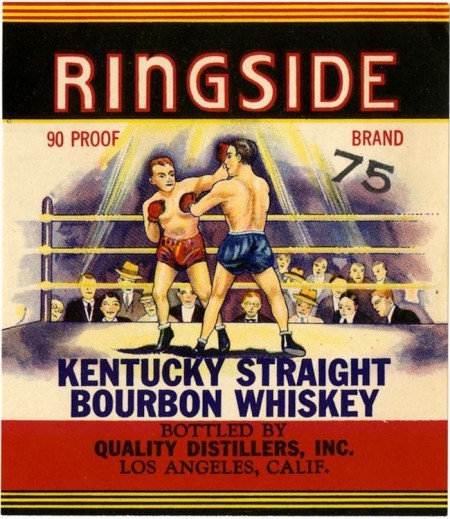 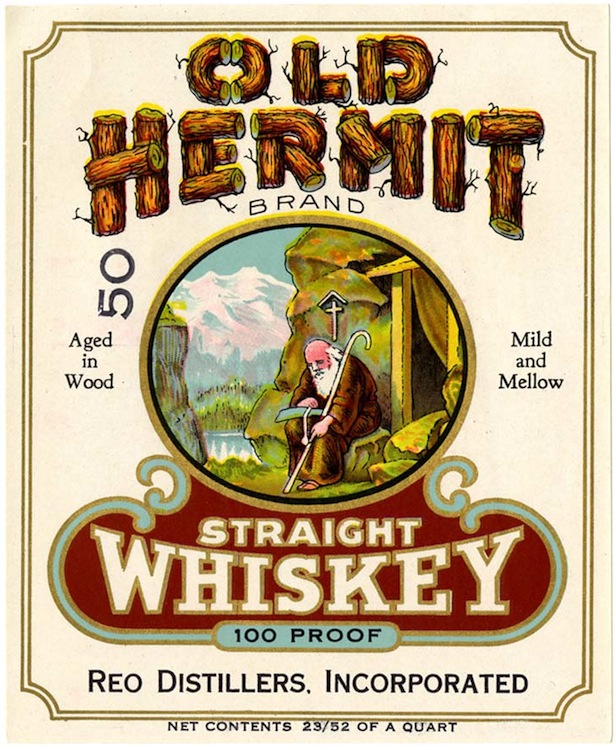 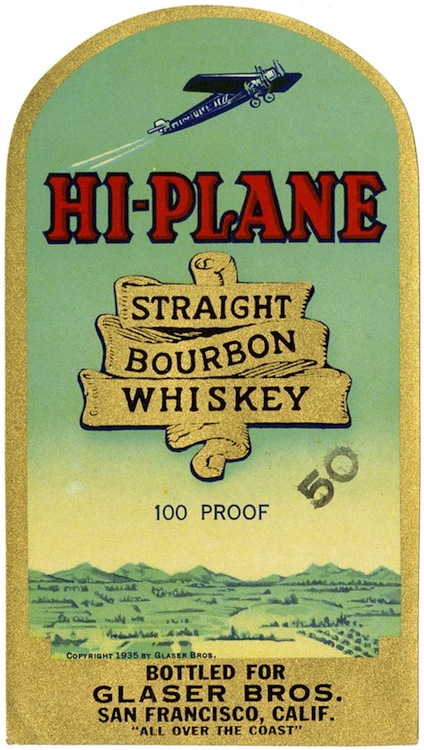 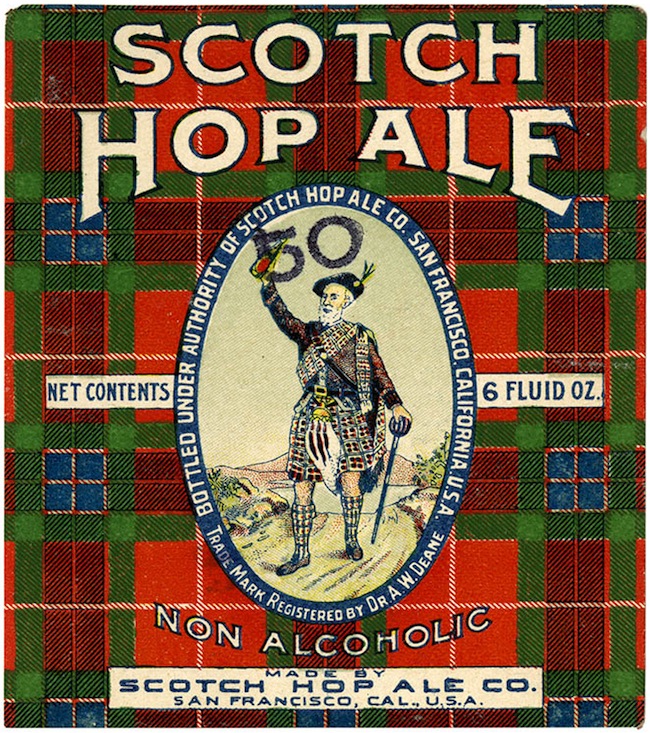 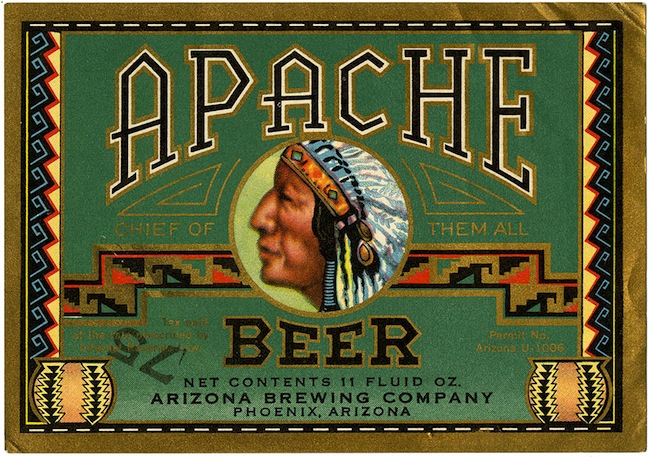 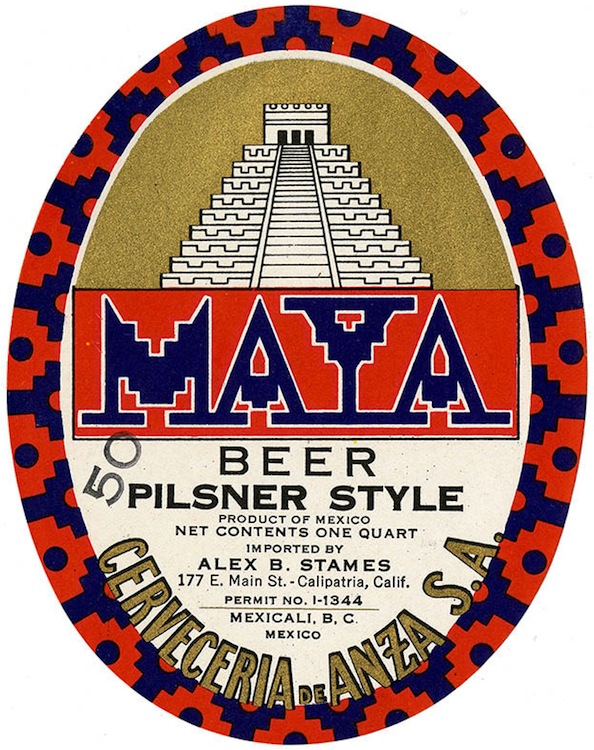 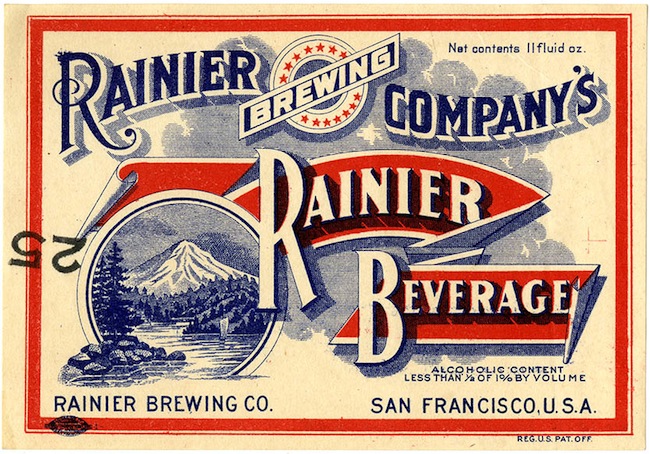 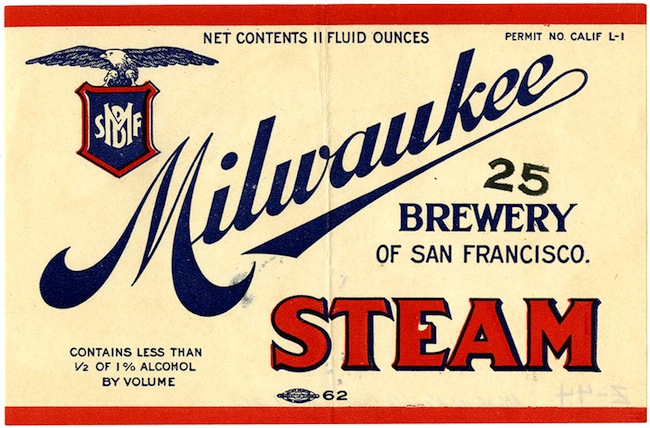 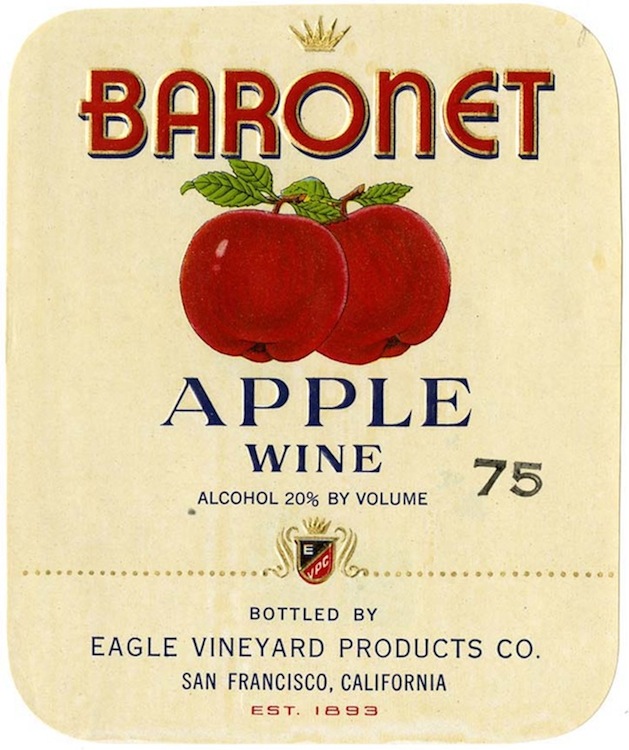 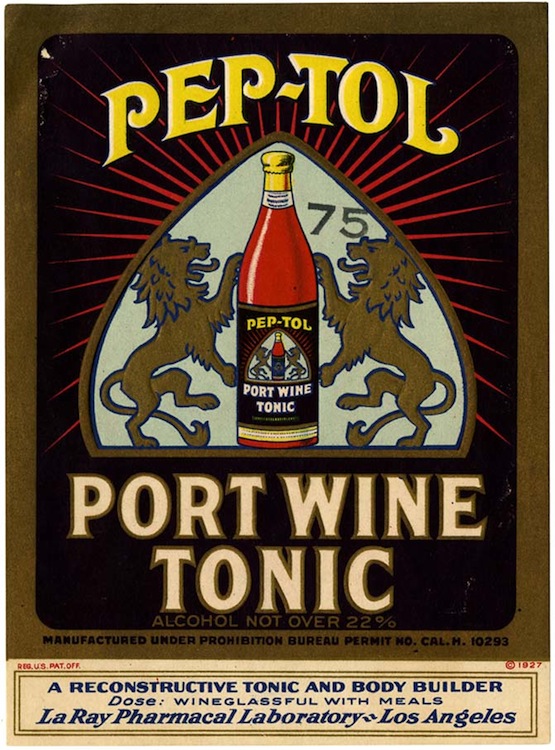 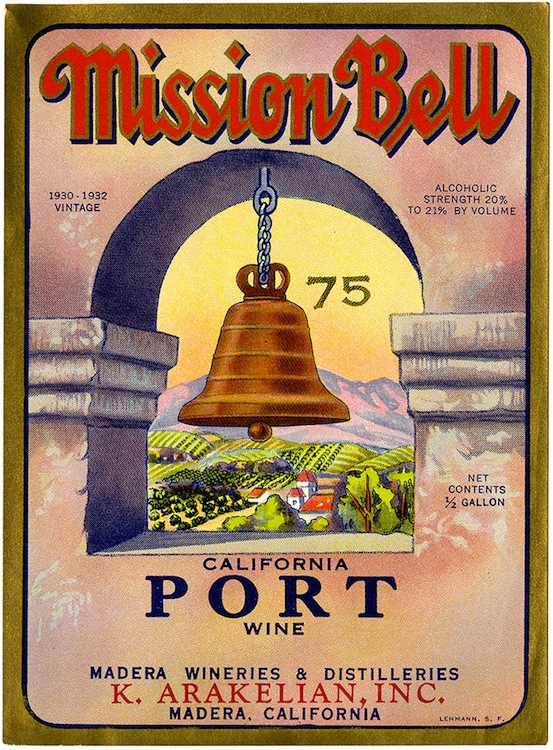 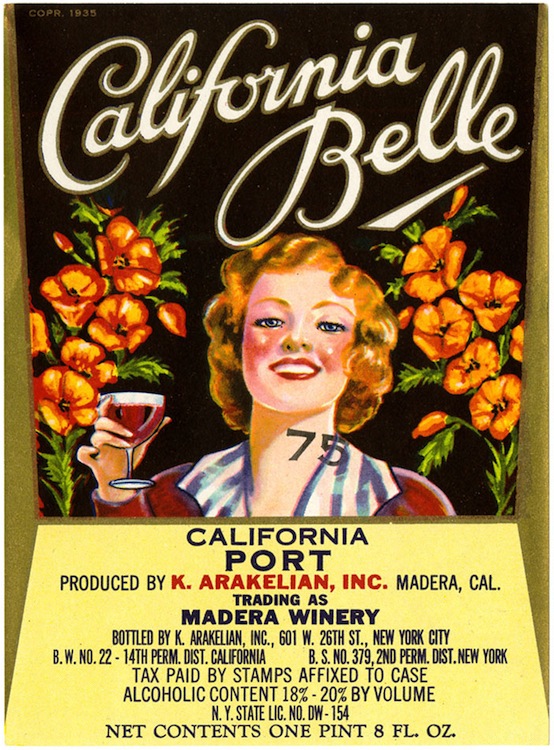 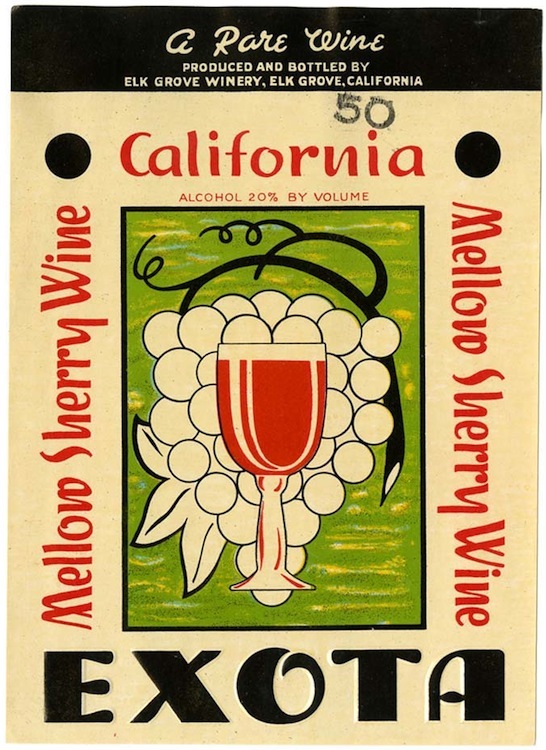 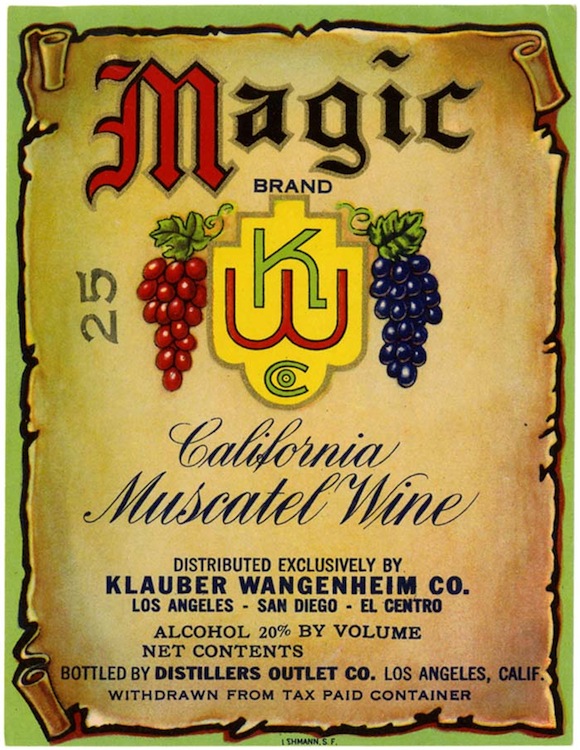 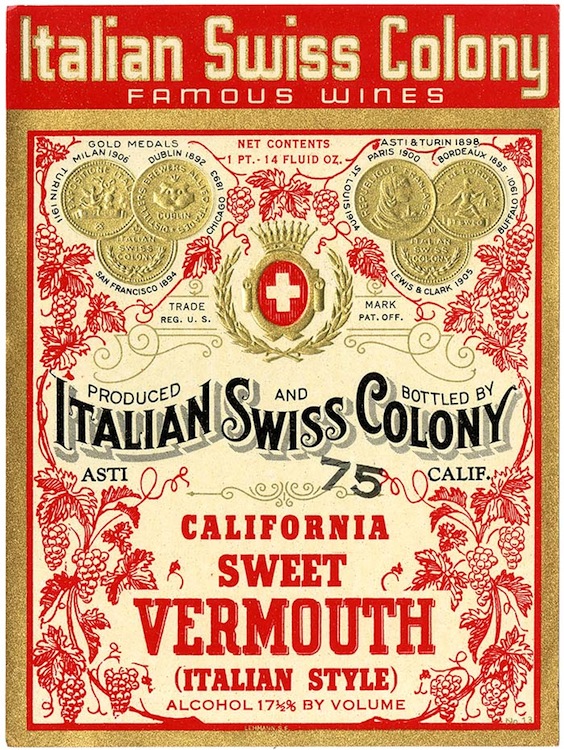 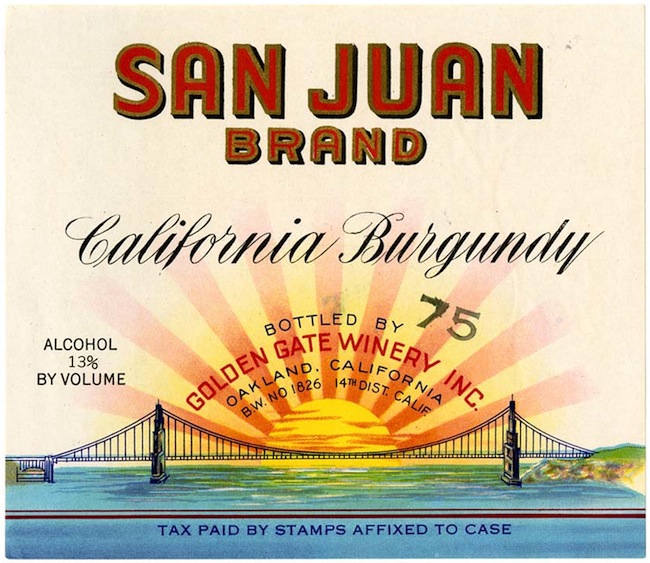 The historic alcohol labels that were on exhibit a few years ago at the California Historical Society in San Francisco were all printed during the Great Depression of the 1930s, when millions of Americans drowned their economic sorrows in newly legal beer, wine, and assorted spirits. These bottles of previously demon alcohol were adorned with illustrations of pretty girls, dramatic sunsets over the Golden Gate Bridge, boxers in the ring, mission bells unrung, and endless clusters of fat, ripe grapes hanging on the vine.

“Most of the wine made in California in the 1930s was downright awful.”

The graphics, though, were not intended to ease the sting of circumstances. Their job was to disguise the poor quality of the liquid within the bottle, especially when it came to wine, as author Frances Dinkelspiel explains in her foreword to one of two books published in conjunction with the exhibition. “Most of the wine made in California in the 1930s,” Dinkelspiel writes, “was downright awful.” This “lackluster plonk,” she continues, “was a legacy of Prohibition, which had decimated the once robust industry.”

During Prohibition, the only way for vineyards to survive was to make sacramental wine for the tightly regulated, and very small, market of priests and rabbis, or to grow grapes that could be sold whole and crushed into wine by the heads of households—by law, 200 gallons per year of homemade hooch were permitted. Grape growers responded by ripping out the thin-skinned grape varieties that had been so popular for dry table wine and replacing them with sweeter, thick-skinned grapes that could withstand the rigors of train travel. Thus, by the time Prohibition was repealed on December 5, 1933, the wine industry was crushing grapes that had hardly been planted for their eventual complexity as wine. The result was untold gallons of sweet “port” and “sherry” fortified with brandy until it reached an alcohol content of 20 percent. Fancy labels gave this swill a veneer of respectability, while the high alcohol content no doubt gave drinkers something other than the taste in their mouths to think about.

Drunk History: The Rise, Fall, and Revival of All-American Whiskey 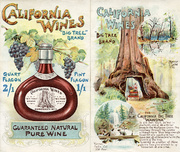 The Forgotten Kingpins Who Conspired to Save California WineBeer Money and Babe Ruth: Why the Yankees Triumphed During Prohibition