This article discusses the evolution of design of porringer handles made in New York during the 18th century, also addressing their Dutch influence and notable silversmiths who made porringers. It originally appeared in the April 1947 issue of American Collector magazine, a publication which ran from 1933-1948 and served antique collectors and dealers.

In the 19th century Americans gave little thought or attention to the work of our colonial craftsmen. If considered at all it was usually thought hat the outstanding work produced in colonial times had come from England. 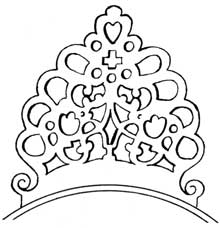 1. Earliest type N. Y. porringer handle — numerous piercings in geometric design. Made from 1698 to 1758 by one silversmith after another.

Professor Woolsey of Yale, in an article in Harper’s Magazine in 1896, kindled interest in the subject by suggesting that much of the finest silver used in colonial days had not been made by British silversmiths but by able, skillful craftsmen in America. He urged that further research into the matter be undertaken.

Since then, starting in 1903 with John H. Buck’s book, Old Plate, much information has been published and an increasing number of exhibitions has stimulated interest in American silver. As the study advanced it became clear that silver making was not only a widespread craft vigorously practiced throughout the colonies as a whole but that each section of the colonies had its own individualized silver with separate characteristics reflecting the particular talents and tastes of that region.

The New York region, for instance, produced a distinctive silver that reflected the heritage of its craftsmen and the people for whom they worked. Indeed, because of the sustained influence on New York of its Dutch settlers, the crafts of that section had an even more individual stamp than those of the other colonies. 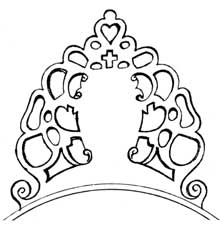 2. The second type, a modification of type 1, with fewer piercings, was made only by Besley and Hastier after 1726.

The Dutch were a conservative group who did not speedily break away from their old-world traditions. For example, the silver tankards made in early New York were English in form yet decorated in characteristic Dutch style and fashioned in heavier proportions than those found elsewhere in the colonies. Similarly, the silver porringer also derived its form from England yet was made in a style characteristic of New York.

The earliest type of New York porringer (fig. 1) was made in the main by emigrant Dutch silversmiths or native-born silversmiths of Dutch ancestry. Their conservatism is revealed in the persistence of the elaborate pierced handle which was made for years by most New York silversmiths with scarcely a deviation.

An exception is seen in fig. 2 but the change is a modification rather than a new form. In like manner New York beakers, mugs and baptismal bowls seldom changed their forms or their characteristic decoration aside from slight variations. Nor was there produced in New York a great variety of silver. 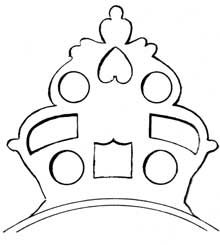 3. In the third type the piercings are still fewer and more orderly, a development leading toward a simpler and more appropriate design for porringer handles. So far as is known this was made only by John Hastier after 1726.

The Dutch occupied New Amsterdam hardly forty years yet their influence lasted long afterwards, a circumstance largely due, of course, to the tolerance of the English conquerors in allowing the Dutch to carry on as before. Many pieces of silver owned in the homes and churches of New Amsterdam had been brought from Holland.

With these models before their eyes the local silversmiths either copied them or combined their characteristics with the styles they found in the silver the incoming British brought with them. Thus they were not dominated by British influences such as prevailed in the silver of other colonies.

The intermingling of Dutch tradition and English style is what gave New York silver its distinctive character, an individuality that is strikingly evident in the development of New York porringer handles, especially before the first half of the 18th century. 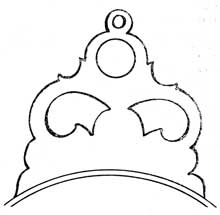 4. The three-hole style was the fourth type. It was made from about 1730 to the end of the century and had many variations.

Porringers were first introduced into this country at the end of the 17th century and became peculiarly American. In England the term porringer was used to identify a two-handled caudle cup. The exact use of the English prototype of the American porringer is controversial but the belief most widely held is that it was used as a bleeding bowl.

The American porringer, on the other hand, was used for all kinds of soft food. Before sugar bowls came into use the porringer also was used as such. The porringer was popular in New England, less so in New York and Philadelphia and not used at all in the Southern colonies. 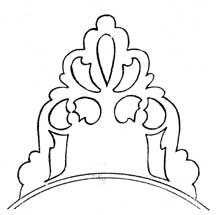 5. The "keyhole" handle was the fifth type. Elias Pelletreau (1728-1810) is the only N. Y. silversmith known to have made this type. He probably got it from New England where "keyhole" handles were very popular.

All American porringers are similar shape but vary in size. The beauty and interest lies in the handle. The variously pierced designs of the handles reflect much of the silver art of the times. Study of porringer handles in various collections and museums in the city of New York shows about ten different types made by silversmiths working between 1690 and 1790. Two of these types (figs. 1 and 4) were made by a rather large group of silversmiths; the others only by one or a few each.

The silversmiths known to have made the elaborate, geometric handle illustrated in fig. 1 were all of Dutch descent. Silversmiths such as Peter Van Dyck, Benjamin Wynkoop and Bartholomew Schaats stamped their initials on this early type handle. The influence of Dutch craftsmanship appears in the elaborate piercing that is massive in feeling. The earliest known working date of the men who made this handle is that of Benjamin Wynkoop, who became a freeman in 1698. The latest known date is that of Bartholomew Schaats, who died in 1758. 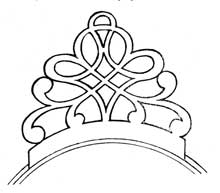 In the sixth type, made by Myer Myers (1723-1795), the handle and its graceful scrollwork design become one and the same.

Fig. 2, which is similar to fig. 1 except that the center is without decoration, was made by Thauvet Besley and John Hastier, who became freemen in 1727 and 1726 respectively. John Hastier also made the handle illustrated in fig. 3. He is the only one I have found who made such a piercing.

The three-hole style of piercing was popular in New York. It had so many mutations as to account for four varieties but since these varieties are not major they may here be grouped as one type and represented by fig. 4. Such silversmiths as Adrien Bancker, Charles Le Roux and Simeon Soumain made them.

Glancing at the working dates of the silversmiths who made this three-hole type we find that the earliest freeman date was 1727 and the latest, 1750, though the working span of these men extended, of course, beyond 1750. 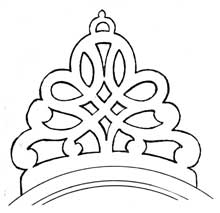 Fig. 5, known as the “keyhole” handle, was by far the most popular 18th century style in New England but it appears only in isolated instances in New York. Elias Pelletreau, a New York silversmith who worked in Connecticut from 1776 to 1782, made such a handle and apparently became familiar with it in his stay outside New York. Two other such handles attributed to New York silversmiths were made by unidentified craftsmen and so it is impossible to trace their actual source.

Fig. 6 is most likely an individual creation of Myer Myers, freeman in New York in 1746 and President of the New York Silversmiths’ Society in 1776. He also worked outside of New York for a period. A similar handle (fig. 7) was made by Hays & Myers who formed a partnership about 1770. Fig. 8 seems also to be one of a kind. It was made by John Targee, who died in 1799. 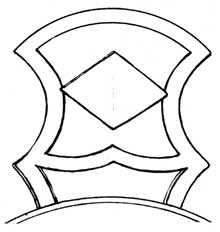 Another individual handle, not illustrated here, was made by John Burger and is owned by M. Van Rennselear. It originally belonged to Elizabeth Cortland, who was born in 1787. Two of the silversmiths who made the leaf-pattern handle illustrated in fig. 9 were John Crawford, known to have worked, from 1815-25, and Hugh Wishart, whose working dates were 1784-1816.

Taking the ten types (one not illustrated) as a representative group of New York silver porringer handles, we are able to trace the development of its design. At first a decided Dutch influence is noted in the intricate piercing and generous proportions of the handle. The handle is stressed separately from the bowl with details in Dutch design that are reminiscent of Flemish lace. 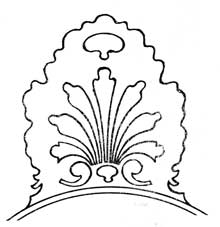 9. Type nine, the leaf pattern, also illustrates the decline that began late in the 18th century.

The late handles, made at the end of the 18th and in the early 19th century, indicate a decadence in porringer development. It seems that the porringer no longer inspired the New York silversmith to his best efforts, for porringers made in this later period do not show the same fine artistry we find in other pieces of American silver made at that time.

Silver BowlsBefore the rulers of Ur, who lived 6,000 years ago, held silver utensils in…