A tribute to the The Boss.

You and I may consider ourselves baseball collectors, but we will never reach the level of George Steinbrenner, the longtime owner of the New York Yankees, who passed away today at the age of 80 at his home in Tampa, Florida. 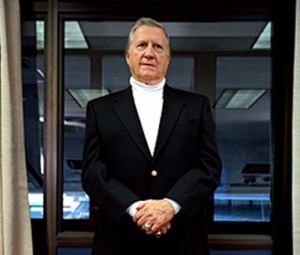 I am not suggesting that “The Boss,” as he was affectionately known, was sitting on a goldmine of old Yankee artifacts, although you have to assume he had a few prize pieces. But for Steinbrenner, getting his hands on a 1952 Topps Mickey Mantle card, or even autographed baseballs of contemporary players like Derek Jeter and Alex Rodriguez, was not the main goal. George Steinbrenner’s collection was different: he collected, and traded, players. He could be ruthless and callous, and he never showed remorse, but he did what needed to be done to accumulate the necessary collection of players to win.

As a collector, Steinbrenner was a lion chasing its prey. As the owner of the New York Yankees, his hunger was for World Series titles, and he would get them at all costs. 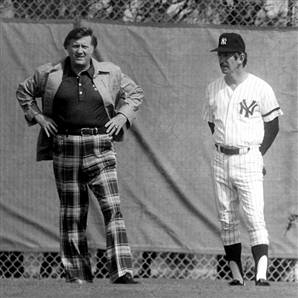 From the time he bought the team in 1973 until his death today, Steinbrenner won seven World Series championships and 11 American League pennants. He brought so much talent to the Bronx that there was a rebirth of collectible Yankee player memorabilia, as well as a renewed interest in sports’ winningest franchise.

In 1977, Steinbrenner was successful for the first time. Prior to the season he signed the enigmatic Reggie Jackson to supplement the other stars on the team—Ron Guidry, Thurmon Munson, Catfish Hunter, and Graig Nettles. The result was a four-games-to-two World Series victory over the Los Angeles Dodgers.

Steinbrenner was never shy about rolling the dice. In 1980 he signed Dave Winfield for what were then unheard of big bucks, and in 2003, after the Yankees fell short of a title, he made a tough trade for slugger Alex Rodriguez. Indeed, he brought seemingly every available star to New York. In addition to A-Rod, Jason Giambi, Gary Sheffield, and Roger Clemens all came to the team via free agency or trades under Steinbrenner, who finally ceded control of the team to his sons in 2006.

Through it all he was always willing to speak his mind and move players that he didn’t believe were up to snuff. After losing the 1981 World Series, Steinbrenner personally apologized to the city of New York for the team’s poor performance and promised an overhaul. 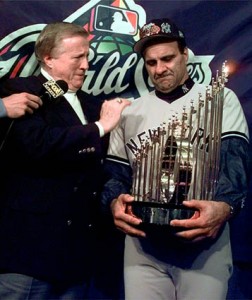 Steinbrenner’s passion was unmatched, as was his pride. In 1990, he was banned for life from baseball (only to be reinstated three years later) for paying a gambler to dig up dirt on Winfield, who Steinbrenner was feuding with at the time. Steinbrenner’s fights with Billy Martin, the Yankees’ on-again, off-again manager in the late ’70s and early ’80s were also notorious. Neither man was short on conceit, and each brought on countless altercations. For his part, Steinbrenner fired Martin five separate times. Martin never hesitated to bring up Steinbrenner’s conviction for illegal donations to Richard Nixon’s 1972 re-election campaign.

Although he was always in the spotlight, Steinbrenner never fully embraced it. Parts of his personal life were mysterious, as were some of the draconian ways in which the Yankees were run. For example, for all we know, Steinbrenner had a pile of Yankees memorabilia—the most collected team ever—under his mattress at home. 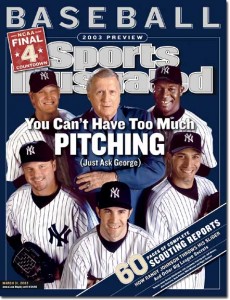 Now that he’s passed, many collectors will probably attempt to get their hands on Steinbrenner memorabilia. They’d better be prepared to be disappointed. Steinbrenner has been on the cover of “Sports Illustrated” on a few occasions, and there are few cards that bear his signature, such as the “Yankee Stadium Legacy Moments in Time Dual Cut Signatures” set, which pairs Steinbrenner’s autograph with the likes of Nelson Mandela. For the most part, though, Steinbrenner items are scarce—good luck getting one of his trademark white turtlenecks.

I have been a diehard Yankees fan my entire life, so it’s hard to come up with a tougher week than this one. Sure there were terrible losses, like the 2004 ALCS choke, and deaths of stars like Mickey Mantle and Joe DiMaggio, but a week in which we lost both Steinbrenner and the team’s longtime public address announcer, Bob Sheppard—“The Voice of God,” as Jackson called him—is gut-wrenching.

When you think about it, no two men contributed more to the experience of going to a Yankees game. Sure it was great to see Jeter and all the stars, but it was Steinbrenner who brought them there and Sheppard that provided the indelible memory of hearing, “Now batting for the Yankees, numba two, Derek Jeet-tuh, number two,” just as he had done for “numba five, Joe DiMaggio,” and “numba seven, Mickey Mantle” in the past.

Bob Sheppard’s microphone and George Steinbrenner’s white turtleneck—as a Yankees collector, those are the things I would want to have to remember those two now deceased legends.